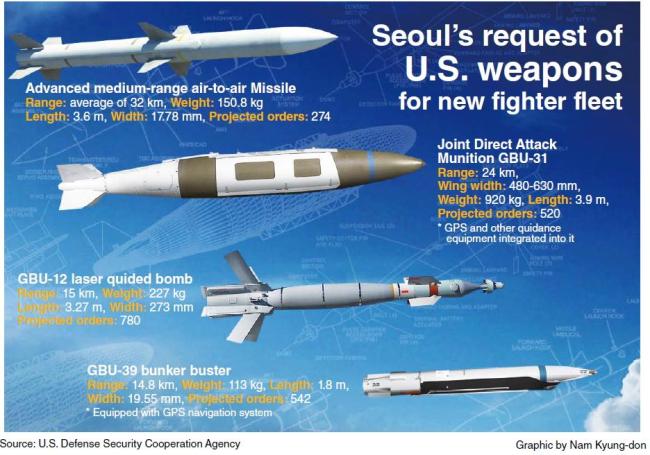 Seoul has notified Washington of its intention to purchase weapons systems worth $800 million to be mounted on its new fleet of warplanes should a U.S. fighter be picked for its 8.3-trillion-won ($7.4 billion) acquisition project.

The Eurofighter Typhoon of the European Aeronautic Defense and Space Company is another candidate in the competition, through which Seoul seeks to purchase 60 jets to replace its aging F-4 and F-5 jets. The winner is expected to be announced next month.

Observers said the U.S. products would be at an advantage in the contest given Seoul considers interoperability with U.S. forces and alliance-related factors. But EADS has made attractive offers, such as investing $2 billion in Korea’s project to develop indigenous fighters.