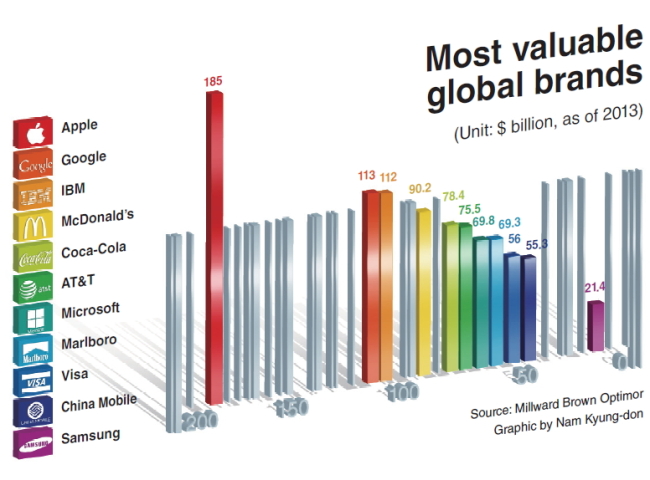 Samsung was named one of the 100 most valuable global brands for 2013, a survey has shown.

According to the list of the Top 100 Most Valuable Global Brands for 2013 released by Millward Brown, a global research company, Samsung ranked 30th this year, at $21.4 billion, an increase of 51 percent from the value of $14.1 billion in 2012. The Korean tech giant ranked 55th last year.

Apple gained the honor of the most valuable global brand with a value of $185 billion while Google came in second, worth $113 billion.

A senior official at Millward Brown was quoted as saying that Samsung seems to have rapidly increased its brand value through innovation.