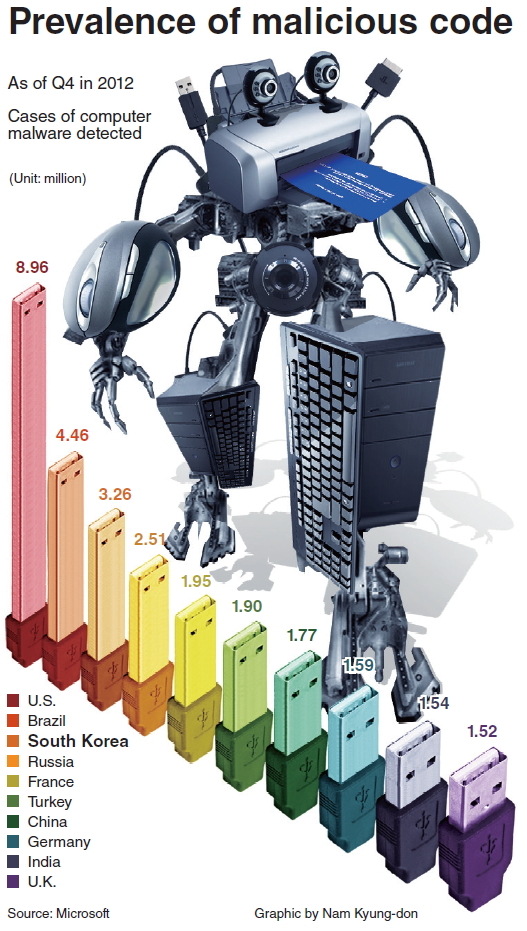 South Korea has the third-highest cases of computer malware detected on computers in the world after the United States and Brazil, data showed.

According to a Microsoft Security Intelligence Report, about 3.2 million malware cases were discovered in Korea in the fourth quarter of 2012, a 52.5 percent increase from the first quarter of the year. The United States’ number reached 8.96 million and Brazil 4.46 million.

Computer experts said cyber attacks with malicious codes are expected to increase as more people use mobile banking and other online businesses.