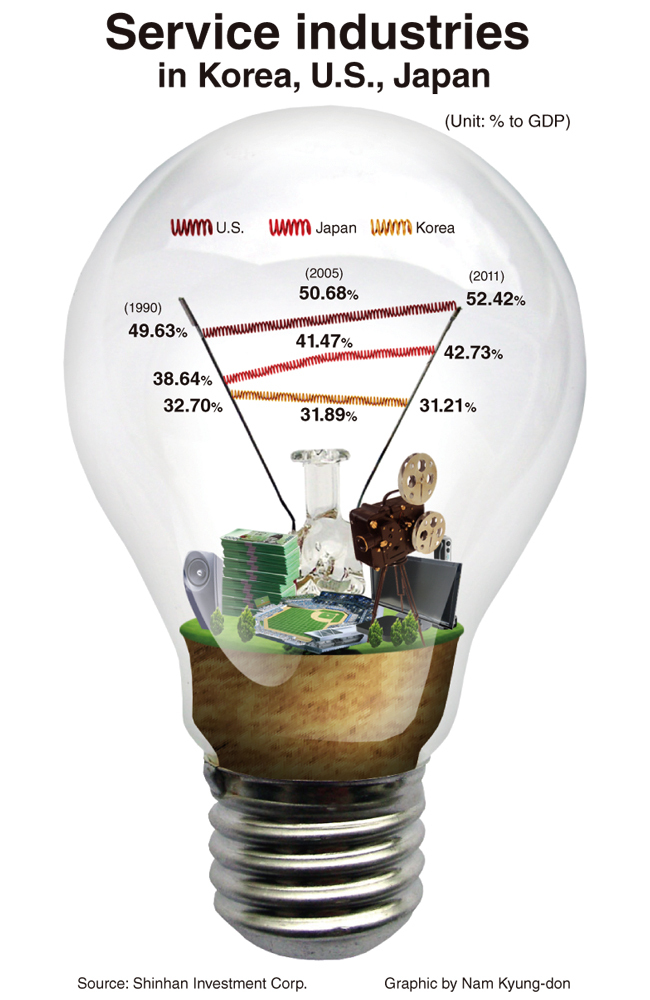 South Korea’s service industries, such as culture, entertainment, social welfare, health care, education and finance, have failed to grow in importance over the past few years.

According to research analysts in the stock investment sector, service-based industries are classified as related to the “creative economy,” a key policy area for President Park Geun-hye.

Data held by the analysts showed that Korea saw the proportion of national gross domestic product accounted for by these industries stay at 31.2 percent at the end of 2011, lagging behind major developed countries.

Japan posted 42.7 percent in the creative industries-GDP ratio as of 2011, maintaining figures above 40 percent for the 15th consecutive year.