By Korea Herald
Published : May 16, 2013 - 21:05       Updated : May 16, 2013 - 21:21
The Ministry of Food and Drug Safety announced Thursday that it would order Janssen Korea to halt production of five drugs including Children’s Tylenol syrup and file a criminal complaint against the company.

The measures were drawn up as a result of an audit conducted after it was revealed the company delayed recalling Children’s Tylenol syrup last month despite being aware that the product may contain unsafe levels of acetaminophen, its main active ingredient, violating the Pharmaceutical Affairs Act, the ministry said. 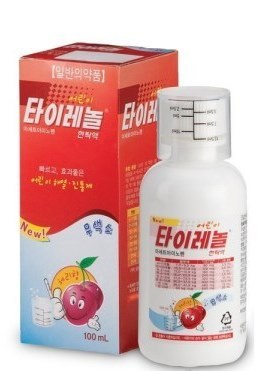 As such, the company will be ordered to stop producing Children’s Tylenol for five months, and the ministry will file a criminal complaint against the company over the issue.

“(I) apologize for causing concern and inconvenience with Tylenol syrup. The company will fully cooperate with the investigation to regain the trust of the consumers, patients, medical professionals and the government,” Janssen Korea chief executive Kim Ok-yeon was quoted as saying by a local news agency.

Last month, the company recalled 1.6 million bottles of the product, which accounts for about 80 percent of the market for liquid fever reducer, citing the risk of liver damage.

The recall, however, was implemented five weeks after the company became aware of related issues.

The ministry also said that the company was found to have employed irregular methods in producing four other products ― dandruff treatment Nizoral, painkiller Ultracet, antiulcer drug Pariet and Concerta Oros, which is used to treat attention deficit hyperactivity disorder.

The production of the dandruff treatment will be stopped for four months as the company used a nonstandard manufacturing method at its plant in Gyeonggi Province, the ministry said.

The ministry also said that it was testing 39 products the company manufactures and markets in Korea, and that the process would be completed by the end of June. Janssen Korea currently manufactures 42 products at its plant in Gyeonggi Province.