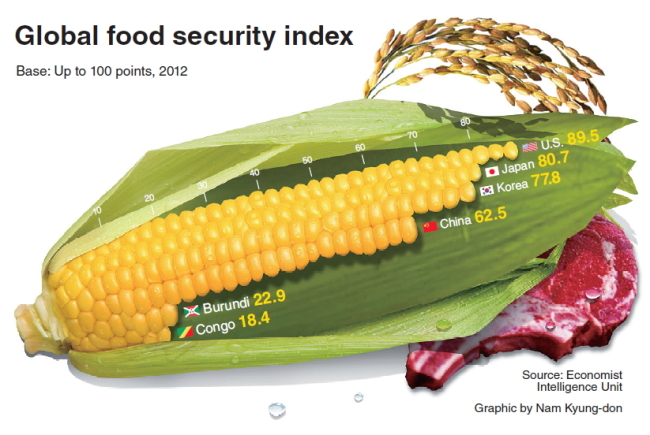 Korea ranked 21st for food security in a global survey of 105 countries, posting a score of 77.8 out of 100, according to the Korea Rural Economic Research Institute on Monday.

The index was created by the U.K.-based Economist Intelligence Unit, using data on food affordability, availability, quality and safety of each country surveyed. The U.S. topped the index, securing a score of 89.5, followed by Denmark (88.1) and Norway (88.0).

The survey, however, didn’t use food self-sufficiency data to measure the food security of a country. Korea’s food self-sufficiency rate was 23 percent in 2012, Sung Myung-hwan from the institute said, warning that Korea needs to raise the rate in case of worsening conditions in outside food sources, such as a war.