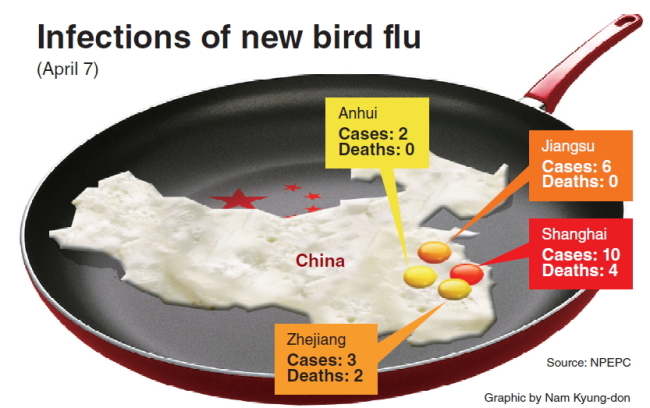 China reported three more cases of human infection of a new strain of bird flu on Sunday, raising the total number of cases to 21.

Six of those who contracted the H7N9 virus have died. All 21 cases have been reported in the eastern part of the country.

Health officials believe people are contracting the virus through direct contact with infected fowl and say there’s no evidence the virus is spreading easily between people.

Shanghai has been ordered by the agriculture ministry to halt its live poultry trade and slaughter all fowl in markets where the virus has been found.