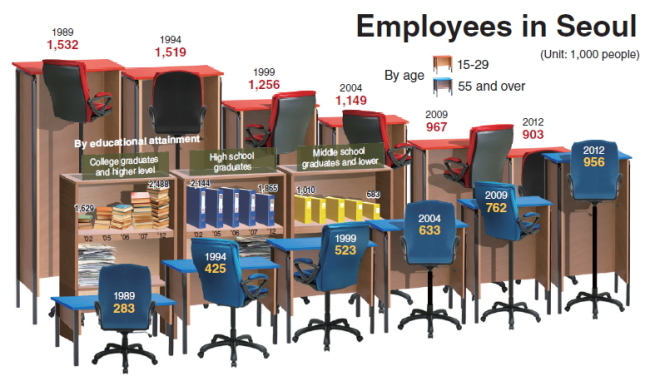 People aged over 55 outnumbered those between 15 and 29 years of age in the working population in Seoul last year, reflecting the aging society and growing youth jobless, the metropolitan government said on Monday.

This demographic reversal among the employed is the first since employment statistics began in 1989.

More youth are delaying their entrance into the job market for extended study and employment preparation. The number of young people is falling due to the low birthrate, and more elderly citizens are working due to rising living costs.