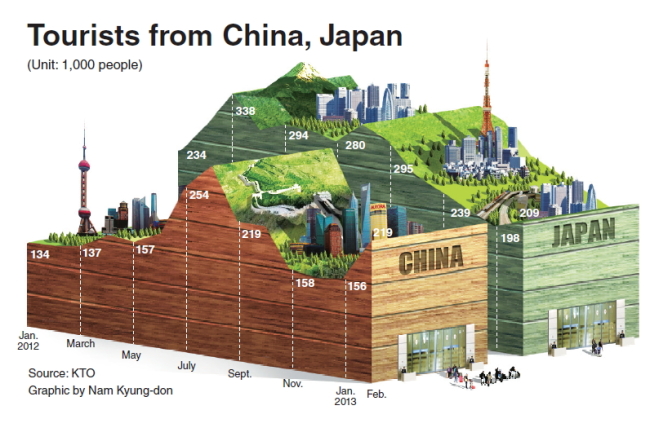 The number of Chinese travelers to Korea exceeded Japanese travelers for the first time in February, the Korea Tourism Organization said Wednesday.

KTO data revealed that about 219,400 Chinese tourists flew to Korea in February, a steep 61 percent increase compared to 132,900 in February, 2012. This indicates that three out of every 10 foreign tourists to Korea are Chinese, the KTO said.

The data showed that the number of Japanese tourists who entered the country by flight between January and February fell by about 20 percent from a year before, apparently due to the depreciating yen.

Analysts expect that the shift will help retail businesses that have been popular among Chinese, such as department stores, duty free shops, cosmetics vendors and large supermarket chains.