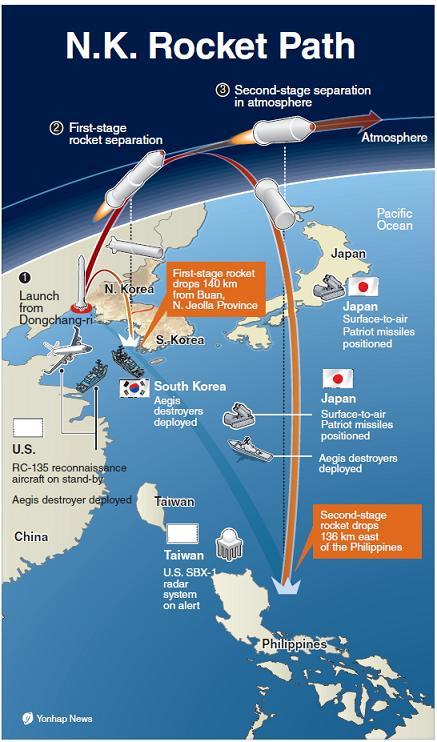 South Korea, the U.S. and Japan are remaining vigilant over North Korea’s expected rocket launch between Dec. 10 and 22.

The three countries have deployed destroyers and surveillance aircraft with advanced radar systems to track and intercept the long-range rocket.

North Korea announced its intention to fire the rocket Saturday and notified countries such as the Philippines, Indonesia and Japan of its launch and path.

The first-stage propulsion rocket is expected to separate and fall into the sea some 140 kilometers west of South Korea’s Buan, North Jeolla Province, and the second-stage into the sea 136 kilometers east of the Philippines, analysts said.