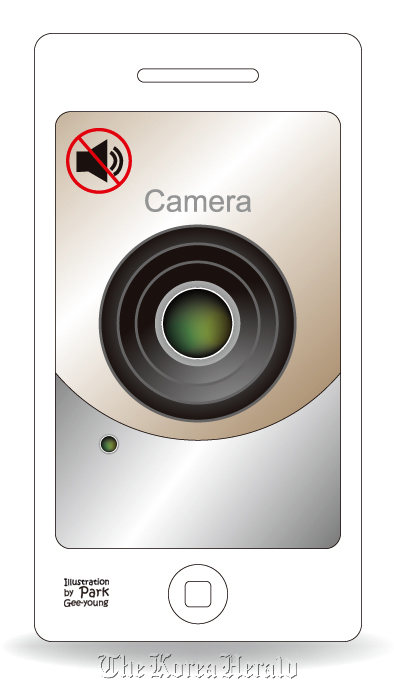 The government is considering a ban on mobile applications that disable the shutter noise from smartphone cameras to prevent misuse by peeping toms.

The Telecommunications Technology Association plans to create a group standard by the end of this year to address the misuse of the apps, cooperating with smartphone makers including Samsung Electronics, LG Electronics and Pantech and mobile operators SK Telecom, KT and LG U+, according to the country’s telecommunications watchdog, Korea Communications Commission.

Two options being considered are to build a feature into each smartphone that would technically block such apps from the manufacturing stage, or to include an LED indicating that the camera is on.

“We are negotiating with manufacturers whether to apply those two functions at the same time or choose one of them,” an official from KCC said.

Still, the issue is controversial, with some arguing silent photo apps are necessary for taking snaps at a meeting and other situations where etiquette is required.

Others argue that the apps facilitate sexual harassment and violation of privacy.

The effectiveness of the group standard is also in question as compliance would be voluntary, while foreign phone makers would be excluded from the recommendations.