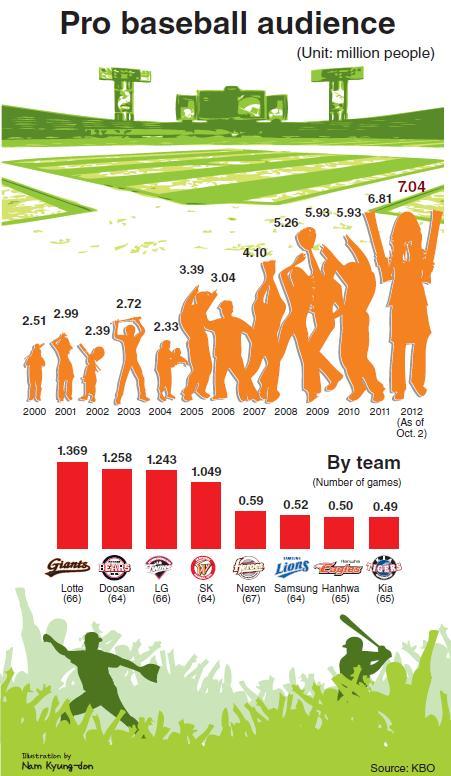 Korea’s pro baseball league has drawn a record of more than 7 million spectators in a single season for the first time since its launch 31 years ago.

The Korea Baseball Organization said that it attributes this milestone, set Oct. 2, largely to the popularity of star players who returned home from overseas such as Park Chan-ho, Kim Byung-hyun and Lee Seung-yeop.

The expanded broadcasting coverage of the sport on cable is another factor, it said.

Lotte Giants held a record title of drawing more than 1 million spectators to its stadium this season, followed by Doosan Bears and LG Twins.

Each of the eight teams plays 133 games a season, which is set to close this Saturday.