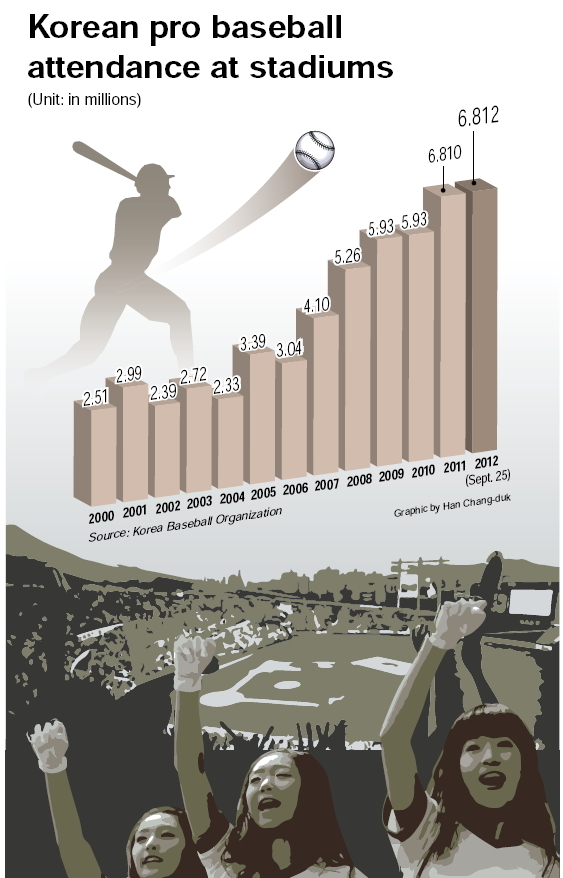 The Korean pro baseball league has established a new single-season attendance record despite negative promotion factors such as the 2012 London Olympics, record heat waves and typhoons.

According to the Korea Baseball Organization, the attendance total for all eight teams through Tuesday this season surpassed the previous annual record set in 2011, with 35 games still remaining. Given this trend, the figure is likely to hit seven million this year for the first time since the league was launched in 1982.