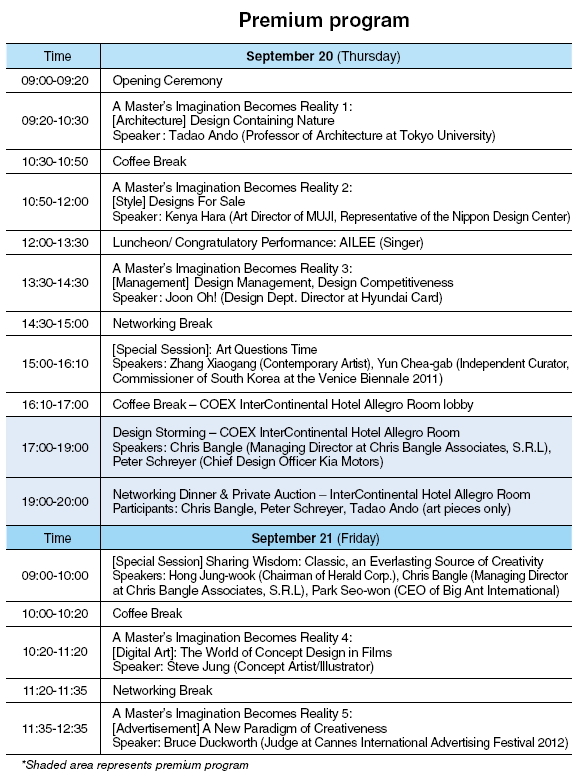 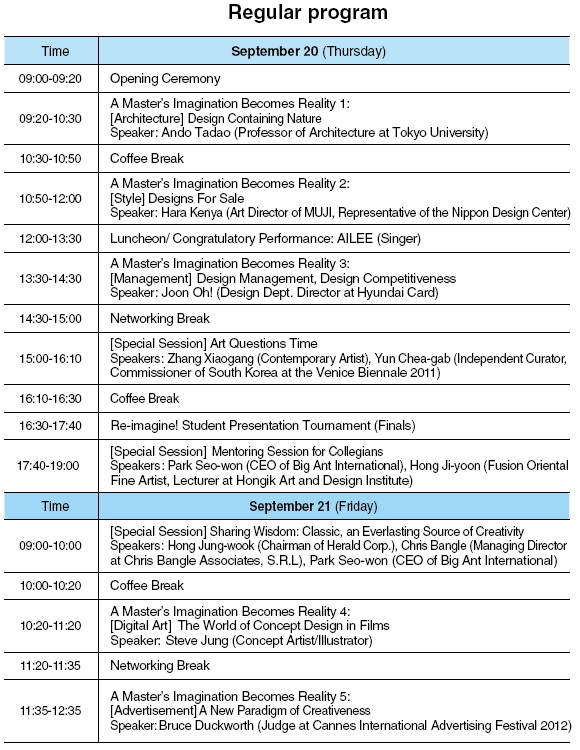 The three-day forum, taking place from Wednesday to Friday this week, has attracted an eager audience looking for lively discussions and debates with world’s top designers.

The design forum has positioned itself to serve as a major forum for discussing design in Korea, hosting leading designers and artists as speakers to share their design philosophies and ideas with local audiences.

“Last year, we already had an overflow of people coming. We had 800 guests come to the forum, which had been planned for 500 people. So we increased the total number of participants to 1,000 per day this year,” said organizers of the forum.

Last year guests had to sit on the floor to listen to presentations and discussions by leading designers in their fields, according to organizers.

Responding to the growing interest in the forum, organizers changed the venue to the largest convention center in Seoul, COEX Auditorium.

Once the ticket sales started, they were completely sold out one week ahead of the official ticket sales’ closing date, according to the organizers.

Many of the participants who purchased tickets in advance are professional designers working at design offices. Students studying art and film showed great interest in the forum as well.

“We still get calls from many asking for more tickets,” organizers said.

The huge popularity is due to the top designers participating in the forum as speakers. “We have speakers who are top figures in their fields.”

The forum also invites young Korean designers to have a chance to meet the leading designers and be inspired by them.

“The design forum aims to act as a bridge that links Korean young designers with the world’s top designers,” said organizers.

“We asked Seoul Design Center and the Korea Institute of Design Promotion to suggest young designers and invited them to the forum.”

Japanese architect Ando will be the first speaker at an architecture session titled “Design Containing Nature” on Thursday, followed by lectures by Muji art director Hara Kenya, who will talk about his design philosophy and business strategies for the Japanese lifestyle brand, and Joon Oh!, design chief of Hyundai Card.

Chinese artist Zhang Xiaogang and well-known Korean curator Yun Chea-gab are to jointly hold a special session that aims to generate discussion and debate on relations between art and design.