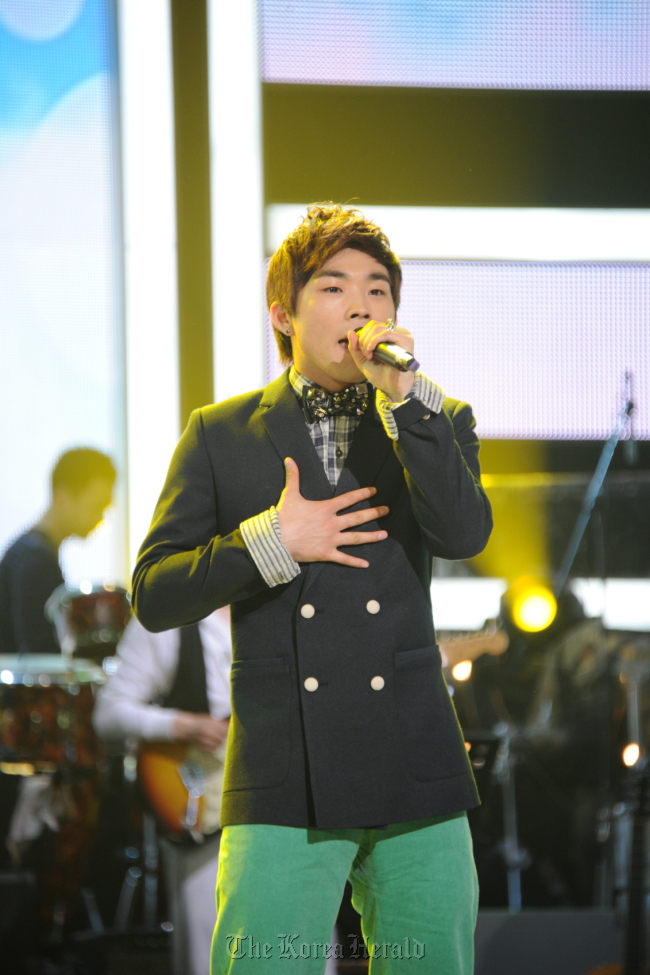 Baek Chung-gang, winner of MBC Star Audition Season One, will have to cancel his entire September schedule and perhaps further as well for health reasons, his management agency said via its official website on Aug. 31.

Multiple local dailies have claimed that Baek is suffering from rectal cancer while others claimed that it is an adenoma. Thor Entertainment, the Yanbian-born singer’s agency, stated that Baek underwent surgery to remove a 4-centimeter-large benign tumor in his rectum and is currently in recovery.

“We are respecting Baek’s privacy and thus, details of his illness or the surgery cannot be revealed to the public. The complete result of his current condition will be out in a week. Until then, we ask you sincerely not to make any speculation or rumors without supporting evidence,” said the agency.

Baek acquired fame by winning the Star Audition in 2011 and released his album “All Night” in June.