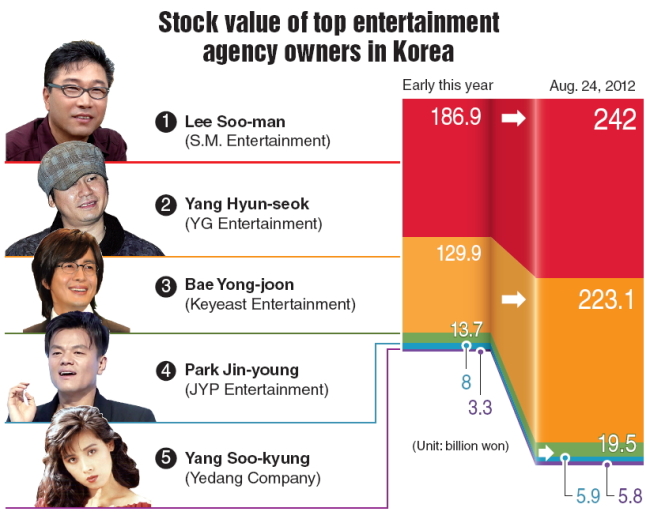 The stock values of two major entertainment agency owners in Korea have exceeded 200 billion won ($176 million) on the back of growing popularity of K-pop around the world.

According to the website, foreign shares in S.M. Entertainment rose from 8.18 percent to 18.06 percent. Some of the groups under the agency’s management such as Girls’ Generation and Super Junior gained great popularity internationally, establishing firm fan bases overseas.