Microsoft to phase out Hotmail, focus on Outlook email

A preview of the new service went online today and Hotmail probably will be phased out in the next year, said Brian Hall, a general manager in Microsoft’s Windows group, in an interview.

By going with Outlook, Microsoft is trying to capitalize on the brand behind the most-used corporate email service, sold as part of its Office suite. While Hotmail is the world’s most popular Web-based email provider, it has lost ground in the U.S. to Google and Yahoo! Inc. as well as other, newer methods of communication, such as social media. 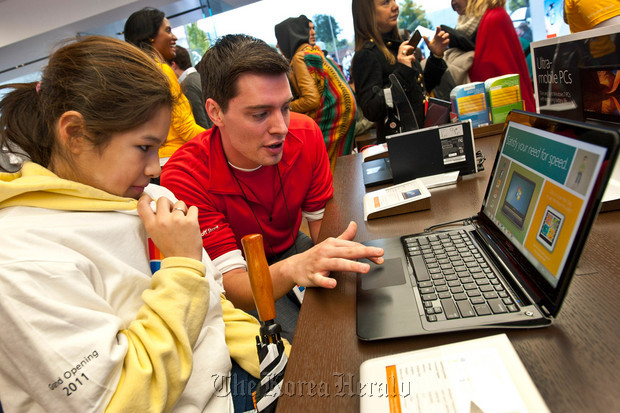 “Email is one of the only areas in technology that’s gone eight years without a significant change ― the last big move was the release of Gmail ― and for us it’s maybe been even longer than that since our last big change,” Hall said. “None of the social networks existed then, and the types of email we get have changed.”

Hotmail was the only one of the top three Web-mail services to lose unique visitors globally in the year through June 2012, falling 4 percent, according to ComScore Inc. Yahoo Mail gained 2 percent and Gmail increased 17 percent.
Hotmail had 324.2 million unique visitors in June, compared with 290.3 million for Yahoo Mail and 277.6 million for Gmail, according to ComScore.

Microsoft said on an official Twitter account that 1 million people already have signed up for the preview since it was released earlier today.

Users who want to upgrade can choose between keeping their existing @hotmail.com email address or switching to @outlook.com. Switchers will still receive mail sent to the old address, Microsoft said.

While Hotmail generates revenue through ads, the main value lies in how often people use email, Hall said. Google is using Gmail to lure customers to its online word processing and spreadsheet applications and away from Microsoft’s Office.

The Outlook Web-mail service can tell whether an email is from a personal contact, in which case it shows content from Facebook Inc. and Twitter Inc. from the sender. Users will be able to see if a sender is online and enter into a Windows Messenger or Facebook chat session with them. In the future, Skype Internet calling capability also will be added, Hall said.

The new portal also will let users sort by types of email to categorize messages from their contacts, social media updates or newsletters such as a Groupon Inc. offer. They can set it to only keep the latest Groupon offer or the last few, and clear out the rest.

It’s also meant to have a clean-looking design that leaves more space to display emails, compared with Gmail, Hall said. Ads are also less obtrusive, he said, and don’t appear alongside personal messages.