An irreverent guide to things Korean for expats

When Kim Hyung-geun started the advice column “Ask a Korean Dude” in SEOUL Magazine he never anticipated the scope and size of questions that streamed in from expatriates around the country. Many foreigners were confused by the quirks and customs of Korean culture and were hungry for answers.

From 2004 to 2007, Kim fed his readers’ curiosity with insightful and witty explanations about everything from etiquette to dating to unnerving ajumma. Five years later, the advice column has been compiled into a book of the same title and become an unofficial, at times irreverent, guide for foreigners in Korea.

“Foreigners have questions their Korean friends may not be able to answer, and their curiosity doesn’t go away. By answering their questions, they can come to better appreciate the deeply running veins of traditional and modern society, because love comes from understanding,” Kim said. 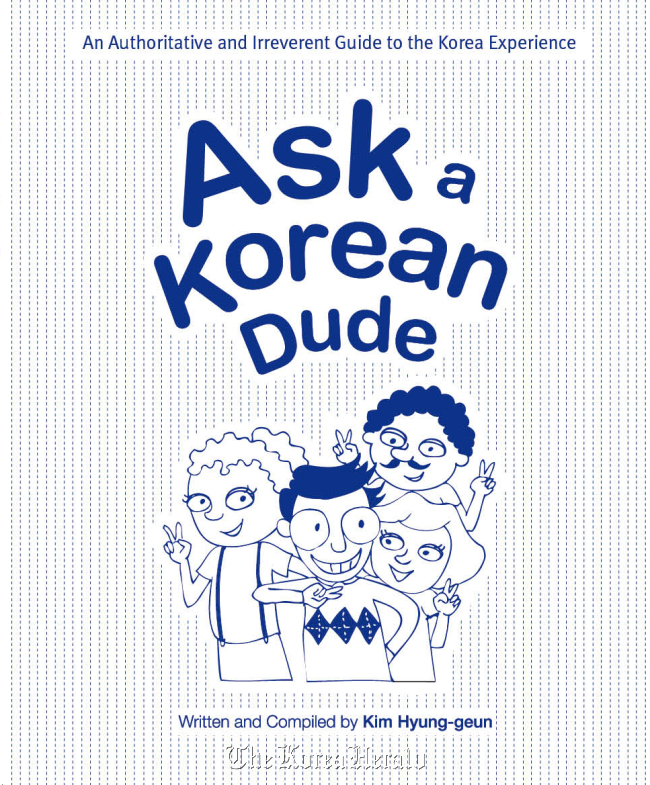 Kim’s inspiration for “Ask a Korean Dude” came earlier in his 14-year career as a journalist at Yonhap News Agency. While attending an event at the British Embassy in 1999, he was shocked that none of the staff had heard of blockbuster movie at the time, “Swiri.”

“Swiri” was making headlines about how a quarter of the Korean population had seen the movie yet no one I spoke to knew it or had seen it,” he said.

“If expatriates didn’t know the biggest movie in Korean film history then I was concerned about what else they didn’t know,” Kim said.

Kim’s 340-page remedy to the knowledge gap is filled with his own streetwise advice as well as reflections from expatriates on lessons learned in their adopted country.

The book fits within a decade-long dedication by Kim to “bring Korea to the world.”

The “Korean dude” ― or Hank as he is affectionately known ― founded Seoul Selection, a publishing house that offers English-speakers a wide selection of material on Korean culture and travel.

“Korean culture is under-evaluated in the globalized world. Many crucial elements of Korean history and culture have not been translated and are not accessible to non-Korean speakers,” he said.

“Every culture is worthy of being promoted and Seoul Selection does its bit for Korea. Through the book, and the publishing company in general, I hope to spread cultural diversity and bridge the gap between Korea and the world.”

Should people walk on the left, right or center of the sidewalk? Who calls first when setting up a date? Why are there so many couples days in Korea? Where did the fourth floor go?

“Ask a Korean Dude” is available at selected bookstores, including Kyobo Books and Hank’s Book Caf, for 19,000 won.