Each year thousands travel between Australia and Korea on working holiday visas. Young people from the age of 18 to 30 looking to self-fund their overseas adventures pack up for a year and jump into the unknown.

But the traffic is almost all one way. While more than 15,000 Koreans are in Australia on a working holiday visa, only 23 Australians have traveled to Korea on the same program as of May.

Korea, on the other hand, is one of the least popular destinations for Australians.

“Many Australians would think about going to the U.S., Europe and closer Southeast Asian countries for holidays and study before thinking about Korea,” said Ellen Lee, education manager at Austrade, the Australian Government’s trade and investment development agency.

“Many Australians know relatively little about Korea and don’t immediately think of travelling there.”

Australia is not alone in this respect. In May, only 1,120 people were in Korea on the H-1 working holiday visa. Of them, 885 were Japanese, 192 European and 150 Taiwanese, suggesting a minimal and concentrated flow to Korea.

Michael Kocken is one of the few Australian working-holiday visa holders in Korea.

Kocken came to Korea in 2009 to study the language and visit the Korean friends he made while on university exchange in China the previous year.

Now working as an intern for the Australian Trade Commission in Seoul, Kocken has set his roots firmly in Korea and has come to love the country’s “strong” and “unique” culture.

Despite the connection Kocken feels with Korea, he understands why he is a rarity.

He said that the idea of the program was working to travel, and because most Australians did not know what there was to do on vacation here, few considered Korea for a working holiday.

With no iconic beaches like Copacabana, no historic walls like the Great Wall of China and no distinct cultural exports other than the increasingly popular K-Pop, Korea is often neglected in the global consciousness.

The language barrier is also off-putting for foreigners.

“If you don’t know anyone in Korea and you have never studied the language, it is hard to work and travel,” said Kocken.

Researcher for the Korean Working Holiday Info Center at the Ministry of Foreign Affairs and Trade Lee Ji-yon says the primary reason Korea sees few people on the working holiday visa is because English is not widely spoken in everyday life or the workplace in Korea.

“Job seekers’ attempts to find a job are hampered by their knowledge of Korean and this is the main reason why foreigners are so hesitant about coming to Korea,” Lee Ji-yon said.

“Japan is the largest source country because the Japanese tend to be familiar with the Korean language, which makes them more marketable and increases their chances of getting a job here.” 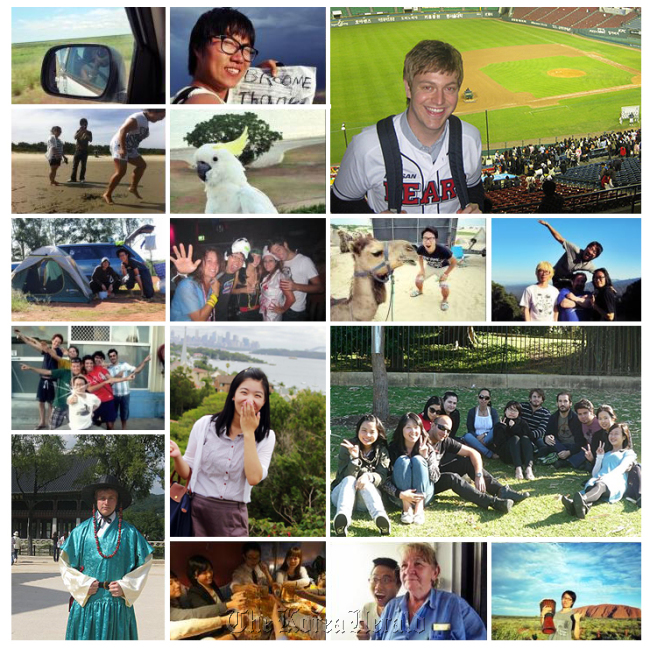 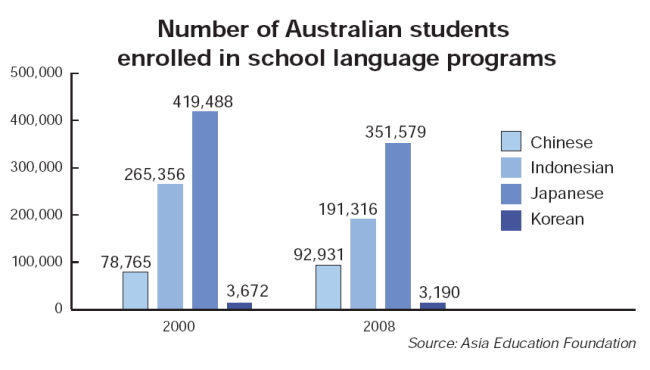 While other Asian languages are commonly taught in Australian schools, Korean is not. A report by the Asia Education Foundation found that 350,000 students were enrolled in high school Japanese language programs in 2008 compared to just 3,000 in Korean.

This is partly due to a lack of Korean language teachers in Australia. At 10,000 Australian schools, there are just 69 teachers.

“Teaching English is one of the only jobs non-Korean-speaking Australians can easily perform, but an E2 visa is needed, which is different to the working holiday visa.”

But Korean nationals face few such restrictions in Australia. Working holiday makers can stay for a year, work up to six months with any employer, and study up to four months. Those wishing to stay an extra year must work in rural Australia for at least three months.

The program is designed to foster closer ties between the two countries via cultural exchange; a benefit Australian working-holiday visa holders’ Choi Woong-seok and Goo Eun-ji have enjoyed.

Choi returned to Korea in February after two years backpacking around Australia. He worked a variety of jobs including a farm hand in outback Queensland and a kid’s club worker at Hayman Island resort just off the Great Barrier Reef.

“The visa was so flexible, I could travel everywhere in Australia and get work whenever the opportunity came up,” he said. “My best memories were making lifelong friends and sharing music over a beer after work.”

Goo chose Australia as a working holiday destination for the natural scenery and to improve her English.

“I worked at Samsung C&T while learning the Australian culture ― which included visiting lots of beaches ― and although it was a challenge to speak English all the time, every Australian person is an English teacher for us Koreans,” she said.

Although just as many opportunities for natural beauty and cultural exchange are available for Australians in Korea, Ellen Lee from Austrade says agents are more actively promoting the visa program to Koreans.

“Lots of information on working holiday visas is available online and many agents are working to allow young people to easily find information on the Australian program,” she said.

Korea has signed new working holiday agreements with Italy, the United Kingdom and Austria this year, and is launching multi-lingual websites and pamphlets to increase access to overseas holiday makers.

“These efforts will hopefully pave the way for more foreigners to participate in the Korean working holiday program,” Lee Ji-yon said.

The varied levels of promotion and accessibility for the two countries’ programs add up economically.