The first form of the festival dates back to Korea’s Silla Kingdom (57 B.C.-935 A.D.), and has been held on the day of Daeboreum ― a Korean holiday that celebrates the first full moon of the lunar calendar. The religious ceremony now takes place annually in Seoul on the nearest Sunday to Buddha’s Birthday.

“Though Yeondeunghoe is a religious ceremony, we recognize its cultural and historical value,” said the administration in a statement.

“The ceremony has been held by the Korean people for a long time, and we designate it as an intangible cultural heritage based on its significance as a meaningful cultural event.” 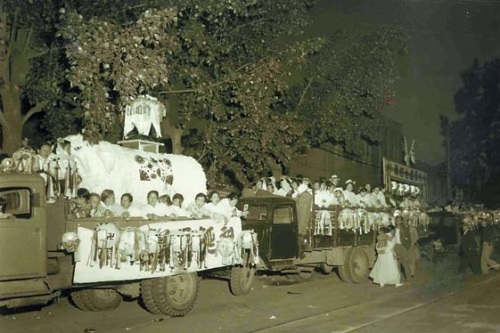 This week’s announcement comes after a series of discussions among the administration’s committee members since July of last year. The cultural heritage administration at the time deferred a decision on the festival’s designation, as some of its members claimed it was unclear how much of the present-day festival carries the traditional practices of the Silla period.

Scholar Im Seung-beom of the administration said the decision was made after its committee members re-evaluated the cultural value of the religious ceremony.

“In the beginning we concentrated on how much the present-day practice resembled the one held in the past,” Im told The Korea Herald. “But we later ended up appreciating the history of the ceremony, and how it has changed over the years with the people, and how it still continues to be one of the significant cultural events in the country.

The Jogye Order, Korea’s largest Buddhist sect who has been pushing for the ceremony’s designation as an intangible cultural heritage, said they are delighted by the news. “Yeondeunghoe has been held for more than 1,000 years,” said Yang Won-joon of Joyge Order.

“Our sector hasn’t been just focusing on continuing the original (Silla) practices throughout the years. We thought it was more important to have the ceremony meet the spiritual and cultural needs of the people living in today’s world. We are glad the state finally recognized the importance of that.”