Arrest in US buttocks injections case

PHILADELPHIA (AP) -- A woman who calls herself the ``Black Madam'' could face charges in the death of a London tourist who received illegal buttocks-enhancement injections last year in a Philadelphia hotel, police said Thursday.

Padge Victoria Windslowe, 42, was arrested Wednesday night as she prepared to host a ``pumping party'' where she was to illegally inject clients, according to police. She faces charges including aggravated assault and deceptive practices after one of her clients, an exotic dancer, suffered serious lung problems after an injection, Philadelphia police Lt. John Walker said. Windslowe was arraigned Thursday and was being held on $10 million bail, prosecutors said. 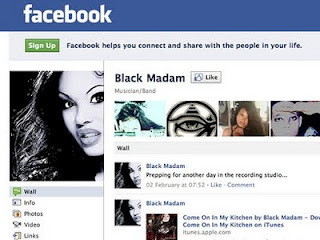 Windslowe is a ``person of interest'' in the death of the 20-year-old London woman who last year received injections at a hotel near Philadelphia International Airport, Walker said.

He said she will likely be charged with murder in that case if the medical examiner rules Windslowe's injection caused the death of Claudia Aderotimi, who complained of chest pain and difficulty breathing following the procedure. No charges have been filed.

``We knew she was the injector back in the 2011 (Aderotimi) case,'' Walker said, adding that the investigation has lingered as police awaited a ruling on the cause of Aderotimi's death.

Delaware County Medical Examiner Fredric Hellman has been in communication with prosecutors and is ``striving to bring the investigation into the death of Claudia Aderotimi to as speedy a resolution as possible,'' a spokeswoman said in a prepared statement. Hellman is awaiting results from a Food and Drug Administration lab, the statement said.

A message left for an attorney who has represented Windslowe was not returned Thursday. She declined to comment as police escorted her to a waiting cruiser Wednesday night.

In recent years, cases of illegal cosmetic injections causing death, disfigurement and health problems have been reported from New York City to Los Angeles and beyond. Solange Magnano, a 38-year-old model and former Miss Argentina, died in Buenos Aires in 2009 from complications after having cosmetic injections on her buttocks.

The Centers for Disease Control and Prevention and the FDA do not keep data on injuries or deaths caused by illicit cosmetic injections.

In Windslowe's case, investigators describe an operation in which she had ``recruiters'' who went out in search of people who wanted buttocks enhancement, reaching out to potential clients via email, blogs and conversations, Walker said.

Then, they would set up a time and place to meet, usually at a hotel or private residence, Walker said. The procedures cost anywhere from $700 to $1,800 in cash. Windslowe allegedly moved her operation around to avoid detection. Overall, police believe Windslowe has injected about 14 people dating to November 2011, mostly advertising through word of mouth, Walker said, with the operation moving all around the Philadelphia area.

As part of the procedures, authorities said, Windslowe would clean the site and then inject a substance she described as silicone into the client's buttocks. When the procedure was done, she would cover the wound with glue, Walker said.

During the arrest, police seized vials of superglue, needles, gloves, bottles and other items. Walker said police are conducting tests on the material that Windslowe was allegedly injecting into her clients, trying to determine what it is. In the most recent case, the victim is currently on oxygen and at home in Philadelphia but had to spend seven days in the hospital, Walker said.

Windslowe's next court appearance is scheduled for March 13.