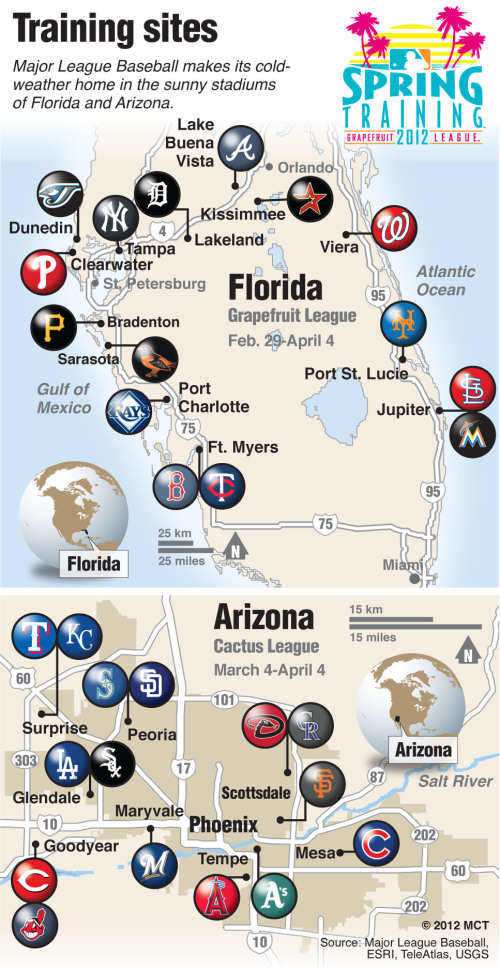 TEMPE, Arizona (AP) ― C.J. Wilson parked his car and laughed while signing autographs for faceless fans who handed bats, balls and cards to the pitcher from the other side of a brick wall.

An early rite of spring training complete, Wilson, one of the Angels’ new big-ticket additions, headed to the clubhouse.

“You’re the man, C.J.,” one fan yelled to the left-hander, who signed a $77.5 million contract in December.

He’s the man for one day, and one day only. On Monday, Albert Pujols arrives. The former St. Louis slugger, who rocked baseball this winter by signing a roughly $250 million contract with the Angels and instantly transforming them into the team to beat, will report Monday to begin the next chapter of his career. The plans are for the three-time MVP to greet his new teammates, take some grounders at first base and then batting practice inside Tempe Diablo Stadium before holding a news conference at a resort hotel across the street.

The Angels have booked an amphitheater to handle the expected media crush.

The 32-year-old’s locker, situated just inside the main clubhouse door and between the stalls of Bobby Abreu and Torii Hunter, was stacked Sunday with just-out-of-the-box cleats, jerseys, jackets and everything else he’ll need for the next six weeks in Arizona. At least the Angels’ red and white match the colors Pujols wore with the Cardinals.

However, from the manager, to the league, to the fans, to the city he’ll now adopt as his in-season home, everything else will be brand new for Pujols.

During his lunch break from meetings with coaches, Angels manager Mike Scioscia initially tried to act as if this was just a typical spring for his team. It’s anything but.

“Being in the game this long, you’re always excited this time of year,” said Scioscia, who played 13 seasons for the Dodgers and is beginning his 13th season managing the Angels. “Spring training is really a fun time, seeing the guys again and getting them together and getting on the field.

It’s been that way since Dec. 8, when Pujols agreed to the second-biggest contract in history and joined the Angels, whose owner Arte Moreno spent a combined $331.5 million during the off-season remodeling his team into perennial power.