Scholar delves into the world of Korean tea

A Guide to the History, Culture, Philosophy of Korean Tea and Tea Ceremony 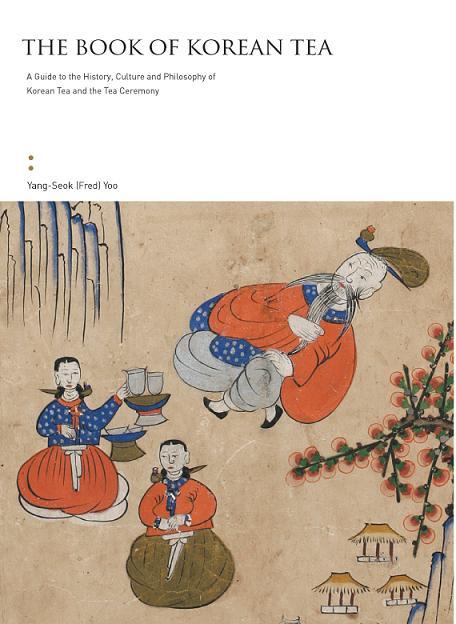 For those familiar with the well-known tea culture of India, China or Japan, it would be surprising to discover Korea’s rich history in tea ceremonies and culture. Known as “darye” in Korean, the ceremonies have been practiced by Korean people for some two thousand years since the ancient Gaya Kingdom (42-562 A.D.).

For any tea lover who’d like to explore the world of Korean tea, scholar Yoo Yang-seok’s 2007 English-language book “The Book of Korean Tea” is a useful guide.

“The practice of Korean tea drinking and tea ceremonies have been developed over a long period and influenced by royal court practices, ancestral rites, along with the Korean tradition of Pungnyu, taking time to enjoy and appreciate the beauty of living,” Yoo writes. “Additionally, Buddhism, Taoism and Confucianism all have influenced Korean tea ceremonies and tea culture.”

He also introduces a book titled “Dongdasong” (Praise for Eastern Tea), which was written by Seon Master Choui (1786-1867), a Buddhist monk of the late Joseon Dynasty. Choui was known as the “Korean Tea Sage,” for developing and making a series of records of Korea’s traditional tea culture and ceremonies. He wrote that particular text in 1837 to raise awareness of Korean tea and its culture.

Yoo also presents English translations of a number of tea-themed poems written by some of the most renowned scholars from the Goryeo and Joseon Dynasties, including Jeong Yak-yong (1762-1836) and Yi Gyoo-bo (1168-1241).

The book is fluidly written and beautifully complimented with some exquisite images of tea drinking and green tea fields. Most of all, readers will find themselves gaining more insights into the history and art of Korea in general by reading this tea-themed book.

Professor Yoo Yang-seok teaches at Kookmin University and serves as one of the senior advisors at the MyungWon Cultural Foundation, a government-recognized educational institution for Korean tea culture and ceremonies. The organization was named after the late activist Kim Myung-won, who dedicated her life to traditional Korean tea ceremony research.

Yoo is the winner of the Hadong Grand Contribution Award for Regional Tea Industry and Cultural Development in Korea, for his contributions in promoting Korean tea culture in foreign countries.