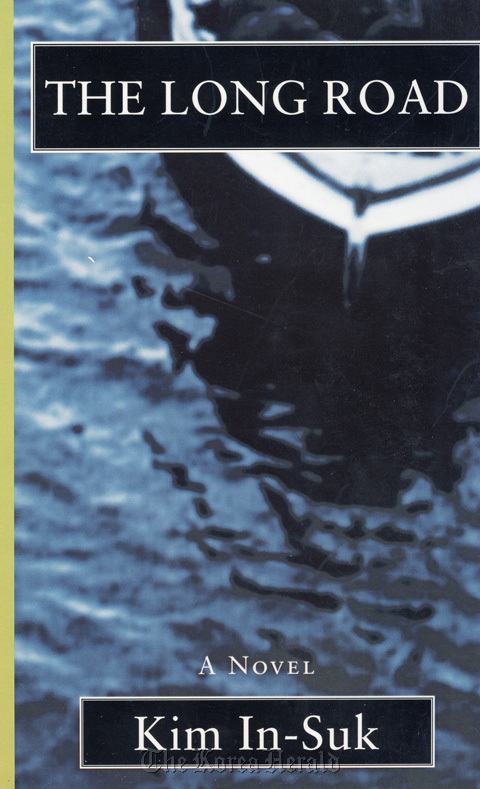 In Korea’s literary scene, most recognized works deal with the shared experience of life in Korea.

However, award-winning author Kim In-suk and her literary interests are an exception: She is one of the few writers to write extensively on the Korean expatriate experience.

And her 1995 work “The Long Road” is the only work of Korean expat fiction that has been translated into English.

Though the 48-year-old was born in Seoul and lived here till her early 30s, she spent many years overseas while pursuing her writing career. She has lived in Australia, China and even in Bali, Indonesia since the mid 1990s.

Her expatriate experience is reflected in many of her novels, including “Ocean and Butterfly,” “At Sydney’s Blue Ocean,” “The Long Road” and her latest novel “To Be Insane.” While the stories take place in foreign countries, many of Kim’s expat characters struggle with their past in Korea.

“The Long Road” is no exception. Taking place in Australia, the novel features the lives of three Korean expats, who have moved to the country after going through Korea’s politically turbulent ‘80s.

Han-yeong has been living in Australia for seven years but feels rather helpless and isolated. He still often thinks of Seo-yeon, an ex-girlfriend he broke up with right before leaving Korea for Australia. Then there is Han-rim, Han-yeong’s brother, a former musician who had gotten into trouble with the Korean authorities for writing songs critical of the government.

The third character, Myung-U, was tortured by the authorities for participating in an anti-government demonstration. He suffers from a minor mental illness resulting from the torture and managed to settle down in the foreign country by obtaining refugee status.

The three men go on a fishing trip together on a boat in very nasty weather. The boat trip is interspersed with each character’s flashbacks of their gloomy past, along with subplots that explain their decisions to move to another country. The three characters have clearly failed to reconcile with their pasts, still holding grudges and much anger.

Yet as much as they suffer from their pasts, they don’t find themselves belonging to the country they’ve moved to. Everything they loved, fought against and believed in does not exist in their new country, making each character feel unwanted and alienated.

With much symbolism and powerful metaphors, the book is a meaningful account of the Korean diaspora experience in Australia. The piece won Hankook Ilbo Literary Prize in the same year it was published.

Kim started her writing career early, making her literary debut at the age of 20. She has won Korea’s three major literary awards ― Yi Sang, Dong-in and Daesan ― with more than 30 books published. Her latest novel, “To Be Insane,” was published in June of this year.