Attention is being drawn to what technology foreign competitors can offer for South Korea’s next generation fighter procurement.

Under the “FX-III” project, the Seoul government plans to purchase a high-end fleet of about 60 fighter jets with a budget of around 8.3 trillion won ($7.3 billion), seeking to deploy them from 2016.

At the same time, it has been pursuing the KF-X project with a budget of 11.1 trillion won since 2000 to replace its aging F-4 and F-5 fighter jets with KF-16-class indigenous combat aircraft. For this, Korea needs outside technological support.

Lockheed Martin’s F-35 Lightning II, Boeing’s F-15 Silent Eagle and the Eurofighter Typhoon made by European Aeronautic Defense and Space Company N.V. are cited as the likely candidates for the FX-III project.

The Seoul government is expected to choose one of them around next October, officials said.

“Technology transfer may be one of the major issues the government will take into account in selecting the final candidate for the project,” a government official said, declining to be named. 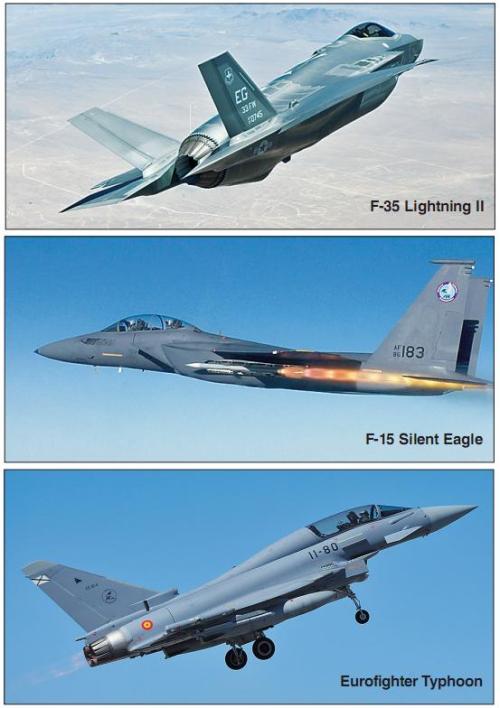 The KF-X project, which Korea has sought to pursue with Indonesia and possibly other partners such as Turkey, is crucial for several reasons, experts said.

Given that the life span of a fighter jet is around 30 years, they said it would be much cheaper to secure technology to build fighters indigenously than buying foreign jets to replace old ones. They also noted that the maintenance costs for home-built aircraft would be much lower.

The European firm has shown willingness to share its technology with Korea.

“We are willing to offer ... FX-technology transfer, which can be used for the KF-X indigenous development in substantially reducing the latter’s development cost,” Peter Maute, senior vice president of Cassidian Air Systems, a division of EADS, told Korean reporters earlier this month.

“In summary, we want to sell the Eurofighter, import the KF-X and cooperate with the Korean industry and authorities. We are willing to support Korea to achieve self-reliance.”

“Lockheed Martin understands the importance of technology transfer and industrial participation to the growth of Korea’s aerospace industry. We have a long-standing partnership with Korea’s world-class defense industries on programs. We look forward to continuing this partnership through the F-35 program.”

Highlighting its long history of working with the Korean industry, Boeing also showed its willingness to contribute to South Korea’s technological development.

“The Boeing Company is uniquely positioned to offer Korea a broad spectrum of technologies built on our expertise garnered from our defense, commercial and space business units,” said Howard Berry of the FX-III Campaign Lead, Boeing Defense, Space and Security.

“Boeing has a proven track record of meeting our commitments. We will continue to meet those commitments in the future as we partner with the Korean industry in their pursuit of continued expansion and evolution.”

More than all other features, what Seoul is looking for in the F-X project is stealth technology.

In this regard, experts say the F-35 is ahead of the others as it is built from the beginning as what Lockheed Martin calls an “all-aspect stealthy fifth-generation” fighter.

But rising costs and delays in its development have apparently sapped confidence in the massive program to make the new radar-evading fighter that involves nine countries including the U.S.

Boeing has focused on its fighter jet’s cost-effectiveness and “tactically useful” radar cross section reduction, pointing out that it would still retain the F-15’s long-range, large payload capabilities.

But critics here doubt the stealth capabilities of the F-15SE ― calling it a “semi-stealth jet” compared with the F-35 ― as it is being developed on the basis of the non-stealth concept of the fourth-generation fighter jet.

The Seoul government has recently begun moving faster to secure stealth fighters as calls have persisted for the military to acquire strategic precision-guided weaponry that can deal with asymmetrical threats from the North.

It also wants to keep pace with neighboring countries such as Japan and China that have sought to develop their own stealth aircraft.