“Guitar Man” is one of George Benson‘s jazziest and most intimate recordings in years. It returns the spotlight to his guitar virtuosity, which became somewhat overshadowed by his vocals after his 1976 multiplatinum crossover album “Breezin.”’ Benson returns to his roots, when he was one of the most respected jazz guitarists, but at the same time does not neglect his pop fans, performing a repertoire ranging from John Coltrane (“Naima”) to Michael Jackson (“The Lady In My Life”) and Norah Jones (“Don‘t Know Why”).

Benson opens with the ballad “Tenderly,” one of two solo guitar tracks on which his soft, flowing lines enhance the melody. His other solo track on the Irish ballad “Danny Boy” begins with Benson creating a bagpipe-like effect on guitar, as he uses his formidable technique in a nuanced way. On “Paper Moon,” he playfully trades licks with pianist Joe Sample in a straight-ahead jazz quartet with a superb rhythm section of up-and-coming bassist Ben Williams and a longtime collaborator, drummer Harvey Mason. The highlight among the jazz offerings is “Naima,” on which Benson stretches the most improvisationally. (AP) 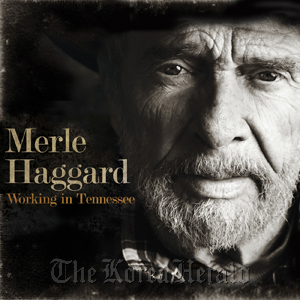 During his six-decade career, Merle Haggard occasionally has released albums that sound tossed together, with less planning or depth than his monumental works. It is a testament to Haggard’s talent that even his trifles can be as entertaining, as is his new “Working In Tennessee.”

Nothing here measures up to his classic “Working Man Blues,” which he re-records here as a duet with Willie Nelson. But after battling heart problems recently, he seems determined to enjoy himself.

The title song represents Haggard at his loosest and most joyous. Closely mimicking his hero Bob Wills, he captures all the sprightly joy of classic western swing, even if the lighthearted lyrics sound like he is creating them on the spot.

Similarly, the rambling social commentary of “What I Hate” sounds as if he jotted it down 10 minutes before recording it, but it nonetheless reveals a legend‘s active engagement in the world around him. On the other hand, one of the more polished tracks, “Under the Bridge,” suffers from sentimentalizing homelessness, despite its good intentions. (AP) 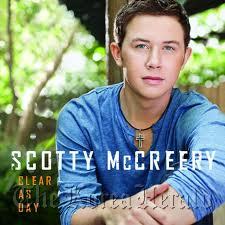 All “American Idol” winners face the challenge of finding original material that gives them a musical identity of their own, especially after spending a season in front of millions singing songs other people made famous.

As we know, many fail to accomplish that goal. Reigning “Idol” champ Scotty McCreery faces an even tougher challenge because he is so young (about to turn 18 as the album is released) and so obviously free of the complexities that make artists compelling.

Unlike many “Idol” winners, however, McCreery did not win because of a showy, melodramatic voice. McCreery’s natural baritone features a down-to-earth quality that connects on an everyman level.

This talent shows on “Love You This Big,” his debut hit introduced on “Idol.” He sounds like he is quietly singing the lyrics to one person, even as crowds raise their hands and sing along. This ability to quietly express emotion also comes across on the album‘s title cut, “Clear As Day,” based on young love blossoming in a parking lot after a football game. (AP)