DMZ Docs fest to provoke thoughts of peace in Paju

The DMZ Docs festival will show international films based on peace, coexistence and reconciliation in Paju from Sept. 22―28.

The million Kazakhstani people used as human guinea pigs in nuclear weapons tests during the Soviet era are represented in the festival’s opening film, “After the Apocalypse.” Award-winning documentary maker Antony Butts’ entry in the festival’s International Competition tackles troubling consequences such as the morality of a pilot project to stop women with bad genes getting pregnant in the Semipalatinsk area, where one in 23 children are born with defects. 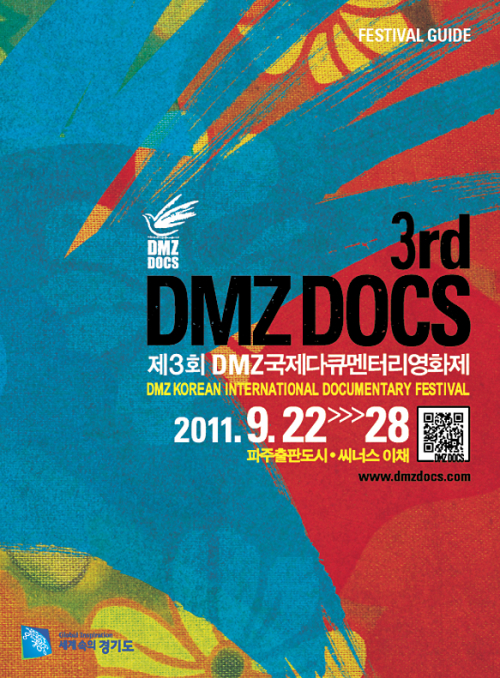 On a more domestic nuclear theme, director Lee Kang-gil’s “Sweet Nuke” entry to the Global Vision category promises to reveal how Buan-gun was selected for a radioactive waste disposal facility by the Korean government, and why residents gave up their businesses to spend three years opposing it.

This year, 101 films from 30 countries will be screened “to promote the DMZ as a venue for peace, coexistence and reconciliation not of conflict and division any more,” according to Park Sohyun, Associate Programmer for the festival

The event was started by Gyeonggi Digital Contents Agency and Gyeonggi Performance & Film Commission with support from Gyeonggi Province and Paju City.

“We believe the documentary genre works well to deliver those themes capturing events from all over the world,” she added.

“In general, we privilege films which focus on reconciliation especially for the international competition section. We also have special screening section which presents films about North Korea and North Korean refugees, regardless of genre.”

Director Kyung-soon’s entry to the Korean Competition, “Red Maria,” seeks to find touching-points across borders between women working as housekeepers, sex workers or migrant workers in Korea, Japan and the Philippines.

Korean entries to the Youth Competition include Park Ka-young and You Seok-hyun’s confrontation of the unspoken truths of teenage sex culture with “Uncomfortable Eyes, Uncomfortable Truth” ― calling for such issues to be aired for much-needed open discussion.

Another Korean entrant in the same category is “Planet of Snail” from director Yi Seung-jun. Yi explores the protagonist’s experiences of disability, and how being married to a woman who is also disabled makes him re-examine his condition.

The festival also includes an Asian Perspective category to provide a platform for the region’s documentary makers to exchange cultural viewpoints in a medium long championed by the West. The pick of European Documentary favorites will also be screened in the Doc Alliance Presents category.

The annual festival is being presented jointly by Gyeonggi Province and Paju City for the third time. All non-English language films will be subtitled in English.

Films are 5,000 won each with a special Gyeonggi Paju Culture Free Pass costing 19,000 won at the box office and 17,000 won if purchased online. The pass includes three tickets to DMZ Docs screenings, admission to the 2011 Booksori and entry to the Museum of Modern History of Korea & Association of Gallery at the Heyri Pan Festival.

For more information go to: www.dmzdocs.com.