Sometimes it is hard to get taken seriously as a teenager, said high school student Kim Soo-yeon, but she needs people to listen to her to help save others’ sight.

The 16-year-old Seoul International School student and her team of 180 volunteers have spent weekends visiting opticians, asking for donations to fund vision-saving operations for people in developing countries, but did not always receive a warm response.

“Sometimes it is difficult when we go to glasses stores asking for donations, and they treat us like we are ghosts because we are trying to get money from them, or they try to kick us out,” Kim said.

“We are still high school students and we are still at a sensitive age, so we might want to give up. But when we see pictures of the people we are helping and we feel that what we are doing is the right thing. We feel proud of ourselves,” she added. 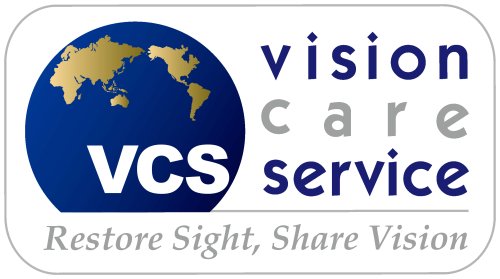 Luckily, Kim and her friends have plenty of other ways to raise funds ― making 11 million won for the Vision Care Service since starting last September.

The Korea-based NGO has treated 58,000 patients and performed 8,000 free cataract operations at its’ Vision Care Eye Camps. These short-term camps open to offer sight-saving surgeries in developing countries around the world.

“Vision Care dreams that all people are able to exercise their right to sight,” said Cho Won-ho, in charge of Southwest Asian affairs at VCS.

“Vision Care’s aim is to serve people with visual impairment to restore sight regardless of their nationality, sex, or religion. We will go everywhere and help them to eliminate avoidable blindness and vision impairment.”

And the mentor to the young group added: “Vision Care Global Youth is a good partner of Vision Care. A few students started this organization spontaneously. They raise awareness about blindness and participate in activities to cure blindness with fund-raising programs.”

Kim coordinates students from 13 schools in Korea, and one in Guam, to hold a range of charity events for her brainchild project.

“I found Vision Care Services and since they didn’t have a teenager group I thought I could create a group to help them out,” she said.

“We raise money and we also visit places to do volunteer work with blind people in Korea.

“Since we are high school students we don’t have that much time to actually visit Africa and we don’t have the skills to give people medical surgery but we are able to give donations and raise money to help them.”

As well as collection drives, the groups have held their own school events, awareness-raising street campaigns featuring flute-playing to cheerleading routines.

A recent joint school concert showcased the musical talents of many VCGY members as well as raising extra funds.

Kim said balancing her charitable activities with academic work was a difficult but rewarding task: “(Coordination) takes a lot of time because, even if you don’t have large activities as a group, it takes time to organize and run because I am the leader of the whole group.

“I have to give count the volunteer service hours and the money raised by all the schools.

“Sometimes it is really hard because I get a lot of homework from school and have other activities to take part in, but I am getting more and more used to it.”

As part of her awareness-raising work, Kim also has World Health Organization statistics at her fingertips: Of the 45 million legally blind people in the world, 80 percent of their blindness could be avoided by proper treatment or prevention.

Fifty percent of blindness is caused by cataracts, which are curable through surgery. According to WHO, 50 million people will suffer blindness from cataracts by 2020, with 90 percent of them living in less developed countries.

“Their vision could be fully restored with only $120 of medical supplies,” Kim said.

Money from the group’s most recent fund raising will be used to help pay for surgeries in a Pakistan Eye Camp to run from Sept. 11-17.

The next fund-raiser is to be a walkathon in Seoul’s Ttukseom Park on Sep. 24. organized by the Korean Institution of Prevention of Blindness, for whom they have already raised 1.2 million won with previous events.

To keep herself and the other volunteers motivated, Kim sometimes plays footage of people who have been helped by VCS cash.

“We have this video that the adult group gave us after going to Africa. There are a lot of scenes in that video where they are helping people. The people look really happy after having surgery,” she said.

“Sometimes there are students, guys especially, who don’t want to listen. They are just doing it to log up the volunteer hours they need to do at school.

“I show them that video of people after treatment and say: ‘look how happy these people are.’

“Even 1,000 won can help them and improve their life. That video helps remind us that what we are doing is actually helping someone have a better life.”