To mark the 58th anniversary of its establishment on Aug. 15, The Korea Herald is publishing a series of articles on the looming retirement of Korean baby boomers and its socioeconomic impact on the nation. The following is the seventh of the eight-part series. ― Ed.

For some, retirement is the beginning of a new life that had been long dreamed of. With thought-out plans for the later life and stable financial sources, they discover new kinds of happiness and excitement.

But others who failed to prepare for their retirement find themselves trapped in poverty, struggling to secure financial means to support themselves, their spouses, children and even elderly parents.

This stark contrast underscores the need for more effective support for poor retirees, including educational programs to help them find work.

Experts point out that systematic programs are crucial as the country’s population is aging at a fast pace due to its low birth rate and rising life expectancy.

Last year, the country’s fertility rate was 1.22, the lowest among the member states of the Organization for Economic Cooperation and Development, government data showed. The growth rate of life expectancy was 18.4 percent, one of the highest.

The country’s baby boomer generation ― those born from 1955-63 ― has begun to retire. It accounted for 14.5 percent of the national population as of 2010, according to government data.

Shin Bun-soo, 62, is living a “second life” as she studies voice and opera performance at Catholic University of Daegu.

She is happy despite a heavy study schedule, as she is getting closer to realizing her dream of leading a voluntary musical group to console the underprivileged with soul-healing music.

Her entering the university in 2009 made headlines in the media for the spirit to keep challenging herself. She retired from 37 years of administrative work as a university employee in 2007.

Despite her hectic daily schedule to keep pace with her young classmates, Shin does not appear exhausted.

“Yeah, in the beginning, it was a lot more difficult than I thought it would be. Competing with students who are more than 40 years younger, I had to study at least 20 times more as it appeared that what I have studied just slipped my mind,” said Shin.

“As I am old, I also had difficulty reading music. But professors helped me a lot with kind words of encouragement, and I realized that I was slowly getting used to life as a university student.”

Long before her retirement, she longed to study singing, as she wanted to better perform as part of her church choir, to which she has belonged for nearly three decades.

“I feel very much rewarded as I really sense this considerable difference in the quality of my choir performance at my Catholic church,” she said.

Like Shin, Lee Eun-kui, 55, has found a new source of excitement and enlightenment which has changed her somewhat monotonous life as a housewife.

She has been working as a docent at Leeum, Samsung Museum of Art, in Seoul on a voluntary basis since 2002. Her job of helping visitors understand art has given her an opportunity for self-discovery and helped expand her artistic horizons.

“In our times, women just got married upon graduation, and then had children. So I had little time to engage in social life. Thus, to me, being a decent was a chance for self-discovery,” she said.

“To explain exhibitions to visitors, I should study, do research and read many books. Through this, I could expand my horizons and felt that my life was being enriched. Starting from arts, my interest has expanded into music, history, philosophy and then mythology. I have been experiencing a truly different world.”

Like Shin’s family, her husband, who is a professor at a university hospital, son and daughter have supported her, allowing her to volunteer.

Although her job requires a great deal of preparation, she never gets tired as it strongly motivates her to keep challenging and developing herself.

“I feel always nervous before going to the gallery as I feel a strong sense of responsibility because, although we are not official employees of the gallery, we are the ones who meet visitors face to face … very close to them,” she said.

“Sometimes, the preparatory process is stressful. But after I successfully carried out my mission, I found that all the stress and nervousness turned into great joy and a sense of accomplishment.”

Now, her dream is to continue to work as a docent as long as she stays fit enough.

“There is no age limit for the job, but I guess I want to work for the next 10 years. I would like to carry on this job until I may have problems with my legs and hear complaints from visitors that my voice sounds too weak due to old age with a poor pronunciation,” she said with a smile.

Lee Young-chul, 66, is also living a rewarding life as he has decided to devote a significant portion of his life to helping those in need of his help.

Since his retirement in 2007 as a high school principal in Yeongju, North Gyeongsang Province, Lee has engaged in a series of voluntary educational services overseas.

From 2008-2010, he went to Thailand to teach young students science, Korean culture and language under a program organized by the state Korea International Cooperation Agency.

He is now preparing to go to Vietnam ― where he was posted as a solider from 1966-67 ― to teach middle and high school students, and help heal those who are still suffering from the memories of the Vietnam War.

“As with here in Korea, there are many others who can help students here with good programs, I thought I could go abroad to use my educational expertise and help the needy people,” Lee said.

“I have decided to engage in such volunteer works as I know that there is much more that I can get than what those who receive my help can get. I feel touched and impressed much more by looking at those who smile as I help them receive education.” 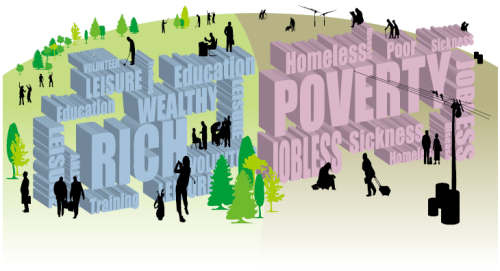 But not all baby boomers are as lucky as their peers, as some faced extreme difficulty making ends meet.

Kim Sae-hoon, 49, found himself living on the streets of Seoul after his business went belly up about two years ago. Kim had worked as an electrician for 18 years after graduating from a two-year occupational college.

Kim never used to worry about where his meals came from, but now he wanders Seoul station alone getting a bite or a drink when he can.

“I started work as an electrician in 1992, and even during the IMF crisis I was able to get through safely. During those times, it wasn’t like we were gorging ourselves, but we never went hungry either,” said Kim.

Kim wished the government would do more than simple superficial measures.

“A team of doctors came out to treat the homeless at Seoul Station, but instead of really helping us out they were more busy trying to take photos of their public relations work,” said Kim.

“All I got was a diagnosis, but what were we going to do with diagnoses, when we needed treatment?”

“I worked hard in the past, from shoe shiner to hat maker, coffee shops and even night clubs,” said Lee Seung-chul, who sells assorted goods on the streets of Seoul.

“There were times when things were real hard, especially because I never had one specialty and I just dipped in and out of different professions,” said the 61-year-old.

For other baby boomers, the stress of carrying out the role of a “sandwich generation” is simply too much of a burden, putting them in their difficult economic state. According to the same study, 53 percent of baby boomers are caught between two responsibilities ― caring for elderly relatives and supporting their children.

Baby boomers have experienced the weight that taking in their elderly can place on their shoulders, and have opted out of placing the same weight on their children.

“Since I was the oldest in the family, I took care of my father when he got old,” said Choi, who declined to give his real name.

“I really don’t want my children to help take care of me, because I experienced firsthand how difficult it can be and I don’t want to do that to my daughters,” said the 49-year-old who was laid off five years ago from a guitar manufacturing company.

And for most of the sandwich generation, they understand the continuous changes in tradition and culture here.

“My daughter and her husband told us that they wanted to live with us and just their words themselves are something that we are grateful for,” said Lim Yang-ok, who lives in a makeshift greenhouse in Seoul with her husband Jeong Hyung-jin.

“But I don’t think I should be causing trouble for them, so I’m going to go as far as possible, and because the younger generation these days don’t believe in the same things, the older generation just has to see how far they can go on their own,” said the 58-year-old mother of two.

With the economic job market extremely competitive and the price tags for school equally so, some are going into poverty simply to provide their children with a future.

“If we had wanted to save up money, I’m sure we would have saved up a lot by now, but instead we wanted to spend it all on our children,” said Lim, who works from 6 a.m. to 10 p.m. selling vegetables at open markets.

Lim and Jeong are middle school and high school graduates themselves, respectively.

“We wanted to provide our children with the same education that we were unable to have ourselves, so we worked hard to send them to hagwon,” said the couple who have been living in a greenhouse for the past 21 years.