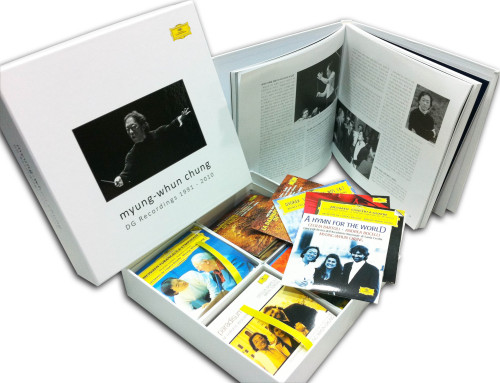 Universal Music has released a collection of recordings by conductor Chung Myung-whun, recorded under the label of Deutsche Grammophon from 1991 to 2010. Since signing the contract with DG in 1990, Chung has released more than 30 albums.

The latest collection gathers all Chung’s DG recordings, except for accompaniment music and chamber music. The collection includes 32 albums including three 2-CD albums and a bonus CD recorded for Brahms Symphony No. 2 performed with the Seoul Philharmonic Orchestra.

Chung’s contributions to music were honored in late June by the French government, with the conferral of the country’s top French cultural order “Commander of the Order of Arts and Letters” on Chung.