Audi launches next generation A6 Avant

Fuel consumption has been reduced by as much as 18 percent compared with the previous model, according to Audi. Topping the engine lineup is the new 3.0 TDI with twin-turbo technology and 230kW/313 hp. The line-up starts with the 130 kw/177 hp with the 2.0TDI listed with a consumption of 5.0 liters of diesel per 100 kilometers. 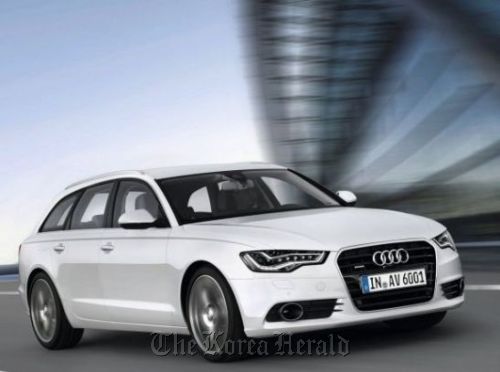 Aluminum components comprise roughly 20 percent of the body, reducing gross weight by as much as 70 kilograms. The luggage compartment has a capacity of 565 liters which can be increased to 1,680 liters by folding down the rear seat backs.

Topping the list of options is a gesture-controlled, automatic rear hatch. Through the combination of the power luggage compartment hatch and the convenience key, a particular movement pattern below the rear bumper activates the system, opening the hatch automatically.

Among the high-end interior options are the hard drive-based navigation system, MMI navigation plus, and the Bang & Olufsen Advanced Sound System. A Wi-Fi hotspot allows passengers to surf and email freely while on the road. The Audi online traffic information service informs the driver in real time about how heavy traffic is on the selected route.

Available in European showrooms in the second half of the year the base price in Germany starts at 40,850 euros ($57,318).