LOS ANGELES ― “Maewoyo? (Is it spicy?) Anmaewoyo! (No, it is not spicy)” chanted around 80 students in King Sejong Institute Los Angeles’ Basic A Class this month, voices loud and clear. When they got the hang of the phrases, they were assigned to do a little dialogue at a Korean restaurant with their partners. 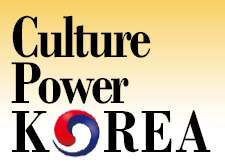 The ages, nationalities and purposes for learning Korean of the students were diverse. A Taiwanese student Patty Huang told The Korea Herald that she joined the class as she became interested in Korean culture while studying abroad in L.A. Anne Jokiaho from Finland said she is learning the language for her fianc, who is Korean.

“I started to learn Korean to communicate with his family and I am finding similarities between his culture and mine, like food,” said Jokiaho.

Grace Bang, a Korean-American college student who was learning about the nightlife in Dongdaemun in the Advanced Class, said that she is learning Korean to talk to her parents and relatives.

“They spoke to me in English when I grew up so there was no problem in communicating with them. But I want to become fluent in Korean so that I could talk to my relatives and my friends’ parents … that generation,” said Bang.

Though their reasons were different, all were eager to learn. Teachers were kept busy even during break times as students endlessly came up to ask questions about what they just learned.

The Korean Cultural Center situated at 5505 Wilshire Blvd, in L.A. has been offering Korean language classes since 1994 and officially started the King Sejong Institute of Los Angeles in 2007. It runs seven classes ― three Basics, three Intermediates and one Advanced. Though it started with only six students in 1994, the number of students has jumped every year. Last year it marked 1,273.
There were more Korean or Korean-American students (around 70 percent) than non-Koreans in the first few years but lately the situation has changed completely. Now, only 30 percent of the students are Korean or Korean-American and the rest are non-Koreans.

Kim Jae-won, Director/Consul at the Korean Cultural Center in L.A., said that the classes are necessary for Korean-Americans as well.

“You might think that ‘1.5’ generation or second generation Korean-Americans would be taught Korean in their home, but they are not. Their sense of ethnic identity is very different from what we assume,” said Kim.

In addition to the King Sejong Institute, Korean Cultural Center in L.A. provides various educational opportunities for the locals to learn about Korea ― from docent-led field trips offering brief introductions on Korean culture, to taekwondo lessons in local schools.
“Young students are our potential customers. We hope to make them familiar with Korea at a young age. Korea’s car, home appliances and IT industry are already recognized in the world but we want to inform them about our culture as well, which is several thousand years old,” said Kim.

Eight local elementary, middle and high schools in L.A. including Cahuenga Elementary School gave taekwondo lessons in P.E. or before or after school classes during their fall semester last year.

The center provided almost everything including instructors, uniforms and even insurance to help students get familiar with the Korean sport.

“Many schools hinted that they would like to continue the classes, commenting that the class helped students practice self-control, strengthen their sprits, learn basic manners and build interpersonal relationships,” said Kim.

This year, the center is planning to hold classes in 12 schools. This time, it will first make offers to schools that are willing to share the expenses to a certain degree.

“The U.S. is a country that lacks understanding about other countries. Ever since 9/11, however, it has started to educate more about the world. We included information about Korean history like how Korean woodblock printing techniques were spread to Japan, how metal types were invented in Korea 70 years before they were Europe and Korea’s rapid economic growth in the 1980s,” explained Han.

Time allotted to teaching Korean history is only about an hour per year, but that is a big progress, he said. The office also supports local teachers who develop lesson plans for Korea-related classes so that it can be adapted in other schools as well. Michelle Schullo, an English teacher at Newbury High School in Ohio, made a three-week lesson plan with Korean writer Yi Mun-yol’s novel “Our Twisted Hero.”

Workshops for teachers and LAPD

“They have to change first, and then change in university classes will follow. In a long-term view, the teachers will be able to take the role as the center of Korea-related education here,” said Han.

Korean Cultural Center in L.A. and California State University, L.A., signed an MOU in April to establish a Korean major and teaching credential program. It is the first of its kind in the U.S. It will start a Korean language minor this fall and run the official program from 2015. An online course will be serviced by the Korean Cultural Center as well.

Currently 71 schools in the U.S. teach Korean but none of them had such a program. Those who complete the course at CSU will be able to teach Korean in local middle and high schools in 28 states.

Another interesting project, held by Korean Cultural Center in L.A., are workshops and events targeting the Los Angeles Police Department.

“Police may not be the top intellectuals of a society but they are opinion leaders. We have over 500,000 Koreans and Korean-Americans living in L.A. who may become victims of crimes. We focus on teaching the LAPD Korean culture or value systems so that Koreans will not be disadvantaged when they encounter police,” said Kim.

The workshops are held about five to six times a year and about 50 police officers, mostly those stationed near Korea Town, participate each time. The center also hands out basic Korean conversation handbooks that officers can carry around and serves Korean food at workshops.

“After a workshop, some of the officers came up and said that they finally understood why Koreans smile when they give them parking tickets. They said that they were offended at the sight at first, but then understood that it was a sheepish smile and Koreans do that when they are put to shame,” said Kim.

“There are about 9,000 LAPD, and our goal is to educate all of them and the county sheriffs as well. L.A. is a melting pot. When Korean culture gains recognition, it could also open opportunities for other foreign cultures like Malaysian or Indian, for example, to be better received here.”

About concerns that government-led culture promotions may not appear to be natural, perhaps even viewed as some sort of a political propaganda, Kim said it is important never to push or force.

“It should be in a form of sharing and exchanging cultures between the two countries. It is not like we are saying ‘you should know this, otherwise you are not well-cultivated,’” said Kim.

“The education programs should be understood as a way of asking them to understand our culture. It cannot happen overnight. Asking them if they know it is a Korean brand whenever you come across a Samsung or Hyundai product, is a hasty attitude. We have to wait patiently until they naturally make connections and understand,” said Han.