“The Prison Where I Live” is a feature-length documentary from Rex Bloomstein about Burmese comedian Maung Thura, better known as Zarganar. He has been persecuted by the Burmese junta, and is currently serving a 35-year jail term. Documentary-maker Bloomstein secretly traveled to Burma in 2009 to make the film about the comic who describes himself as the “loudspeaker” for the Burmese people. 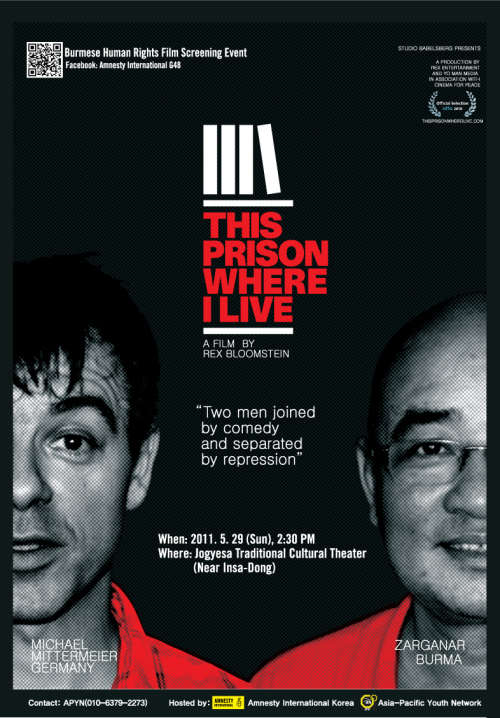 The free bilingual film screening will be held at the Jogye Temple Traditional Cultural Theater near Anguk station from 2:30 p.m. to 5 p.m. on Saturday.

Email amnestyseoul@gmail.com with any questions about the event or visit www.thisprisonwhereilive.co.uk for more information on the documentary.