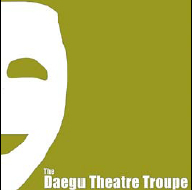 Number of members: About 75

Who is it for? Expats who miss live performances or are performers themselves. Koreans who want to see Western theater.

What goes on? A number of different shows each year. We always do two or three 24 Hour Theater Challenges (shows in which cast and crew have to write and develop a play in 24 hours), along with themed nights. Most recently we have done a Night of Classics (Greek and Shakespeare) and An Homage to Comedy (classic and new comedy with Seoul City Improv).

Plans for the future? This year, we hope to join forces with some Korean groups to expand our horizons and welcome new audiences. We also hope to work in various spaces and grow the troupe.

What is the highlight of the year for your club? Our 24 Hour Theater Challenges have been a big draw for us. Last year’s highlight was a murder mystery dinner for Halloween.