By 로컬편집기사
Published : May 23, 2011 - 18:23       Updated : May 23, 2011 - 18:23
Korea famously had four teams in the last eight of the Asian Champions League in 2010 but that is not going to happen in 2011. Already, Jeju United has fallen by the wayside. Three other K-League clubs survived the group stage and have their round of 16 games this week. It is not a foregone conclusion that Jeonbuk Motors, FC Seoul and Suwon Bluewings will make the quarterfinal as they all have difficult games against Chinese and Japanese opposition. 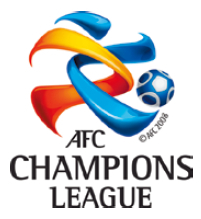 There are reasons for both pessimism and optimism. All three have home advantage, hugely important in these second round games that are one-off elimination matches. The quarter and semifinals are played over two legs, home and away, but this round is different. The eight games played all over Asia will all be decided on the evening. Extra-time and a penalty shootout are possibilities but whatever happens, one team will have no second chances.

The stakes are high. Playing in front of their home fans in familiar surroundings is a nice feeling for Korea’s trio and a reward for coming on top of their groups in the first round. Home advantage is just that.

On the other hand, two of the three are in indifferent form.

Jeonbuk Motors is in the best shape and is in action on Tuesday against Tianjin Teda. The Chinese club qualified at the expense of Jeju United. Jeonbuk will be a much tougher test. Jeju was an Asian debutant while the men from Jeonju are old hands when it comes to this competition. After all, coach Choi Kang-hee led the team to the continental title in 2006 and then to the last eight in 2010 when the team was rather unlucky to lose to eventual finalist Zob Ahan of Iran. The Koreans won their group with room to spare and is sitting on top of the K-League.

Both FC Seoul and Suwon Bluewings are hosting Japanese teams that should provide tougher tests. Suwon takes on Nagoya Grampus while Kashima Antlers head to the capital. Suwon tied 1-1 both at home and away with Kashima in the group stage while Seoul recorded the same scoreline in Nagoya only to lose 2-0 at home.

But that was a different Seoul team, or at least that is what fans thought until last weekend. Since that Nagoya loss, Hwangbo Kwan resigned as coach to leave assistant Choi Yong-soo in the hot seat on an interim basis. Choi started well with three victories in the league but then saw his players lose 2-0 at home to Daegu FC on Saturday evening, a team that had lost three successive games. It was a poor performance and a repeat will see the Korean team exit at the hands of Kashima on Wednesday.

Suwon is in a worse state after losing four of the last five league games, three of which have been at home. The club’s strikers have struggled to find the net on a regular basis and the team is increasingly and worryingly reliant on the goals from Croatian defender Mato Neretljak who takes a mean free-kick and can also cause problems from all kinds of set pieces.

The Gyeonggi giant has to deal with Japanese champion Nagoya Grampus. The team is led by a man often mentioned as a possible successor to Arsene Wenger at Arsenal, Dragan Stojkovic. One of the European greats from his playing days, the Belgrade-born magician is proving to be adept at coaching too.

Whatever Suwon’s form, the city is a tough destination for Asian teams.