The Olympic gold medalist is one of a six-member panel, representing the Gangwon Province city, who are delivering a presentation for IOC members in Lausanne during the 2018 technical briefing. 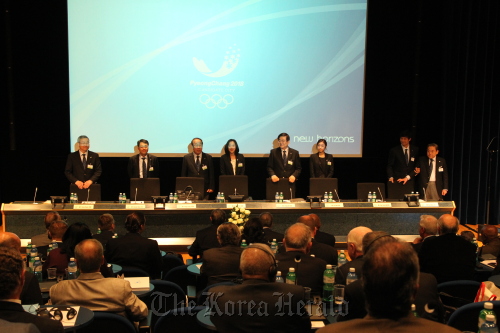 PyeongChang is bidding against Munich and Annecy, France. The host city for the 2018 Winter Games will be selected by secret ballot at the IOC executive board meeting in Durban on July 6.

Annency, Munich and PyeongChang are each going to have pitches of 90 minutes with the IOC behind closed doors at the Olympic Museum in the Swiss city, and later will hold a press conference.