The producer price index (PPI), a barometer of future consumer inflation, climbed 6.6 percent in February from a year earlier, up from 6.2 percent the previous month, according to the Bank of Korea. 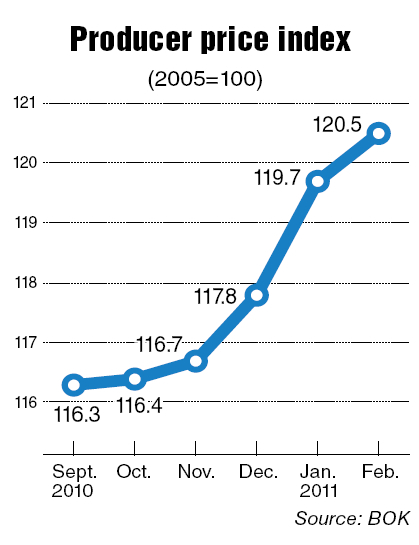 It marked the fastest expansion since a 7.8 percent on-year gain tallied in November 2008, it added.

Compared with the previous month, however, the country’s producer prices grew 0.7 percent, decelerating from a 1.6 percent on-month gain in January, mainly due to slowed growth in prices of agricultural and fishery goods.

The data came before the BOK raised its benchmark seven-day repo rate by 0.25 percentage points to 3 percent in a monthly rate-setting meeting for March.