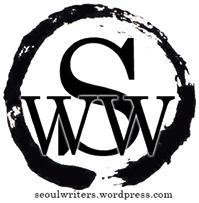 This is a series introducing associations and clubs for expats. This week, Expat Living spoke to Chris Sanders of Seoul Writers Workshop -- Ed.

Location(s): We meet every other Sunday at Hello Beans Cafe in Itaewon. We also host events around the city as well as in Incheon, Suwon, and elsewhere.

Number of members: It’s always difficult to say for certain; we have over 300 members on our private forum, but of course some of these have moved away from Korea.

Started: In December 2007 by Kathryn Whinney and Chris Sanders.

Who is it for? It is for anyone interested in creative writing in the English language. Naturally, most of our members are expats but we have several Korean members as well.

What goes on? In our bi-weekly workshops, we read each other's writing submissions -- short stories, poems, screenplays, chapters from novels -- and offer honest, constructive critiques; it can get pretty intense sometimes but it is invaluable to grow as a writer. Each year in October, SWW publishes an anthology of short stories and poems. Submissions for the anthology are open to anyone who has lived in Korea in the past year, not just SWW members.

In addition to the workshops and the anthology, we hold charity events such as pub quizzes, used book fairs, and raffles. The proceeds of these events go to the Korea Sexual Violence Relief Center and to The Wishlist, which helps a local orphanage.

Plans for the future? This year will be a big one for SWW. We have several events planned including a meet-and-greet in late March, and we will be expanding our support for the poetry scene. We also hope to work with other creative groups to strengthen the creative arts community.

How to join? Visit the Facebook group or http://seoulwriters.ning.com. Anyone with questions can e-mail seoulwriters@gmail.com.