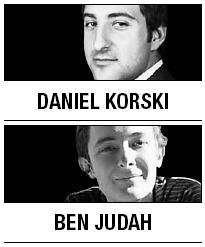 The three pillars upon which Western influence in the Middle East was built ― a strong military presence, commercial ties, and a string of dollar-dependent states ― are crumbling. As a result, the Middle East that emerges in the weeks and months ahead may become much harder for the West to influence.

The first pillar ― military presence ― dates back to French and British occupation of parts of the Ottoman Empire after World War I, and was reinforced by the Cold War-era military links forged by the United States and the Soviet Union. In 1955, the West was even strong enough to sign up a remarkable cast of Turkey, Iraq, Iran, and Pakistan in a kind of West Asian NATO known as the Baghdad Pact.

The Yom Kippur War in 1973 was a neat illustration of the Western and Soviet military influence. The Egyptian army fired Czechoslovak 130mm rockets while Syrian MiGs fought Israeli Skyhawks over the Golan Heights. But American and Soviet influence was not confined to the battlefield, as both countries made their presence felt high up the military chain of command. More recently, military installations in the Persian Gulf protected the oil supplies of the Cold War alliance and deterred both Ba’athist Iraq and Ayatollah Ruhollah Khomeini’s Iran from grabbing the prized oil wells or choking off export routes.

But this military pillar has been steadily eroded. An early sign was the failure of “Operation Eagle Claw” to rescue U.S. hostages in Iran in 1980. Another crack appeared with the 1983 Hezbollah attack on the U.S. Marine barracks in Beirut, which triggered an abrupt U.S. withdrawal from Lebanon. Since the invasion of Iraq in 2003, U.S. forces have withdrawn from Saudi Arabia and discovered that their conventional military potency does not necessarily translate into impact on the ground.

The second pillar of the West’s Middle East role ― commercial ties ― has also been weakened. America used to be the essential trade partner for the Gulf countries, but this has now changed. In 2009, Saudi Arabia exported 57 percent of its 2009 crude oil to the Far East, and just 14 percent to the U.S. Responding to this underlying shift, King Abdullah has been pursuing a “look East” policy since 2005, resulting in trade worth more than $60 billion.

This eastward shift has made China a bigger trading partner than the U.S. for both Qatar and the UAE. And almost a quarter of Qatar’s trade is with China, compared to just over 5 percent with the U.S. Likewise, 37 percent of the UAE’s trade is with China, India, and South Korea. To many Middle East states, what China wants is now just as important as U.S. interests.

Finally, the U.S. no longer has a string of relatively stable clients in the region. The U.S. believed that the massive amounts of aid that it doled out to Egypt, Israel and Jordan guaranteed both stability and cooperation on issues of American interest. This worked for three decades, but now the link is weakening.

The pace of the decline of Western influence seems to have accelerated over the past decade. The Saudis made it clear in 2003 that they could no longer host U.S. military installations. In both his first and second terms as Israel’s prime minister, Binyamin Netanyahu, refused to follow the U.S. script on the Israeli-Palestinian peace process. And, despite hosting a huge U.S. military base, Qatar maintains close links to Syria and Iran.

To this must now be added the revolt in Egypt. Hosni Mubarak was the lynchpin of the West’s policy: he was uncompromising with potential U.S. enemies; he could be relied upon to appear at peace talks with the Israelis; and he could be used to add weight to the American position on Iran. Now the U.S.-Egyptian alliance is under threat, and with it American policy for the entire Middle East.

As the three pillars of Western Middle East policy crumble, a new Middle East is taking shape, buffeted by Pacific trade winds and owing allegiance to more than one power. Its geopolitical architecture is being shaped by the North African revolutions, Turkish assertiveness, Iranian intransigence, and the Iraq debacle. The West will not find the resulting strategic terrain easy to navigate.

By Daniel Korski and Ben Judah