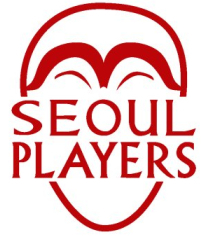 Who is it for? Anyone, foreign or Korean, with a passion for English theater.

What goes on? Professional quality performances and productions of English plays, ranging from crowd-pleasing musicals to thought-provoking productions of a more experimental nature, productions of established scripts as well as premieres of new works.

Plans for the future? 2011 will bring 6 exciting and varied projects to the audiences of Seoul, including a world-premier workshop in partnership with Savage Umbrella Theatre of Minneapolis, Minnesota, and Seoul’s own Workshop Division ( “The Ravagers,” March 5th and 6th ) a thought-provoking dark comedy (“A Day in the Death of Joe Egg,” March 18-20 and 25-27 ), summer and winter musicals (“Urinetown” and “The Fully Monty”), a 24 hour theater festival, and a one-act play competition.

The company also plans to expand ties with the Korean theater community, laying the groundwork for mixed-language performances, subtitled productions, and opportunities for greater involvement with charitable organizations of Seoul.

How to join? Visit www.seoulplayers.com to join the mailing list and to learn more about the members, past productions, and current projects. To contact the group with specific requests or questions, write to seoulplayers@gmail.com.

Are there any membership fees? No

The Players are always on the look-out for volunteers with interests and talents that are in any way tied to theater: performers, directors, producers, technicians, designers, media-savvy writers, fund-raisers, managers and anyone else who has interesting talents and ideas to share.