Allergic rhinitis can alter your quality of life 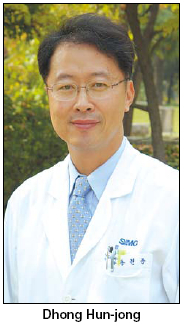 However, the disease can bring dramatic changes in the quality of life of the patients, affecting their daily activities. It also results in relatively high medical expenses and financial burden.

According to the National Health Insurance Corporation, 4.1 million people suffer from AR in Korea (2007) and the economic burden is estimated to reach almost $272.92 million.

Allergic symptoms can vary with the season and type of allergen. They include sneezing, runny nose, nasal congestion, plus itchy eyes and nose. Young patients may also have mouth breathing, snoring and sleep-disordered breathing such as obstructive sleep apnea.

In these patients, upper respiratory infections such as common colds and ear infections are more frequent and last longer.

Sleep disorders are in fact commonly observed in patients with AR because it is related to the inability to breathe well through the nose during the night.

As a consequence, adults become ill-humored, less efficient and more subject to work-related accidents. Children tend to be shy, depressed, anxious or fearful.

Several studies on this topic have shown that the impairment of the sleep has an important impact on social life, professional skills and learning of the patients.

AR treatment has a beneficial effect, improving the quality of sleep and reducing other limitations related to sleep disorders.

Memory and learning are functional characteristics that can be impaired in patients with AR, leading to a crucial impact on their intellectual performance. 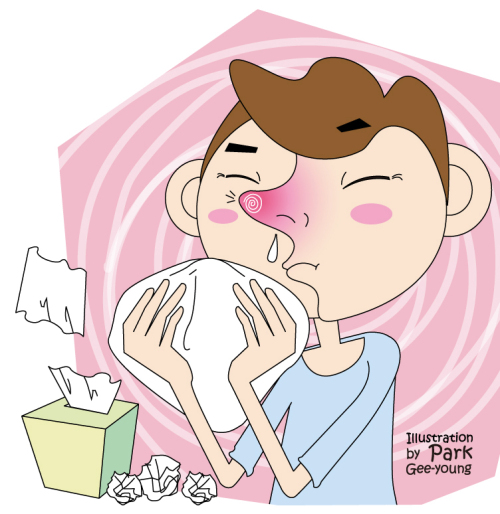 In fact, patients with AR whose symptoms are not properly controlled can have learning problems, either due to direct interference by the symptoms or due to impaired quality or quantity of nighttime sleep, resulting in daytime fatigue.

Patients complain of headache, fatigue, low productivity and inability to concentrate at work.

It is also noteworthy that conjunctivitis, commonly associated with AR, can also disrupt patient’s visual acuity.

When you visit a clinic for AR symptoms, the doctor will first obtain your medical history, possible exposure to allergens and the severity of your symptoms.

Family history of other allergic disease and other disorders such as eczema and asthma strongly support the diagnosis of allergic rhinitis. The physician will check the connectivity between your symptoms and exposure to certain allergens. Also examined are your skin, eyes, face and facial structures, ears, nose, and throat.

A nasal endoscopy may be performed. If the history and the physical examination suggest allergic rhinitis, a screening allergy test will be performed. This can be a blood test or a skin prick test. In children, it is easier to take a blood test.

The skin test results, often immediately available, may be affected by the recent use of antihistamines and other medications, dermatologic conditions, and age of the patient.

The blood test is not affected by medication, and results are usually available in several days.

The most common treatment recommended is avoidance of the allergens causing the allergic reaction in some patients.

Nasal steroids are the most effective in reducing nasal symptoms of allergic rhinitis.

If symptoms are severe, and if all other measures fail, then surgical intervention or immunotherapy may be suggested.

The appropriate environmental control combined with the appropriate pharmacological treatment can relieve the symptoms and, consequently, markedly improve the quality of life of patients with allergic rhinitis.

The writer is professor of otorhinoloryngology at Samsung Medical Center. ― Ed.