What happens when love and culture collide

In a globalized world, where air travel is cheap and Big Macs sell everywhere from Berlin to Beijing, relationships cross every cultural divide.

South Korea is no exception. Once extremely rare, marriages between Koreans and other nationalities have become less of an exception. But, whether with language, etiquette or family expectations, relationships that cross cultures can still encounter particular challenges.

New Zealander Sarah James, 31, couldn’t speak much Korean when she first met her now ex-husband in Seoul. He, a Korean, barely knew a word of English. And after a single memorable date, Sarah decided a relationship with such a profound language barrier couldn’t work. But when he began learning English and contacted her again, she fell for him.

“He proposed one White Day in 2009 ― six months after we’d met. We hadn’t lived together before marrying, and he moved in after the papers were signed,” she said.

Though it seemed they had overcome the hurdle of language, one of the biggest challenges was to come from outside of their relationship: Prejudice from those around them. 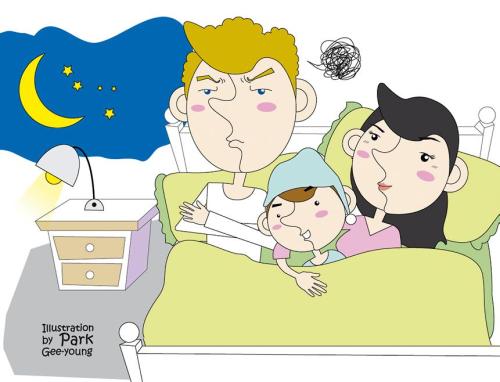 Older Korean men approaching her husband to ask him questions such as “Why are you with her?” and “Why are you speaking English?” became such a regular occurrence she began to dread venturing outside.

When Sarah decided to return to New Zealand, her husband couldn’t bring himself to leave his family in Korea. With their two homelands pulling them apart, they went their separate ways and divorced at the end of last year.

Korean radio script writer Kim Su-yeon has also had to battle others’ disapproval of her relationship. The 27-year-old is engaged to an American man and will get married later this month.

“So many times (I’ve encountered prejudice), and I think there will be much more in coming days. But it’s ok. I think I learned from my fianc how not to worry about how others see me,” she said.

Some disapproval came from those closest to her. In particular, getting her parents to warm to the idea of marrying a non-Korean wasn’t easy.

“My parents didn’t like him at all because he’s not Korean so they pressed me to stop meeting him but we kept going to my parents. I really needed courage to open our relationship to our family, especially my dad,” she said.

In time, Su-yeon’s parents grew closer to her fianc and came to accept the idea of her marrying outside of her culture.

“I really appreciate my fianc as he was very committed and devoted to coming with me to my parents and has helped my dad with rice farming several times and always helps my Mom with the dishes and chores. I am starting to see that they started opening their heart and seeing him as not a foreigner but a person who has a great heart. Now they love my fianc!” she said.

For many others who marry outside of their culture, hiccups may be as small as simple everyday misunderstandings. Frenchman Mickael Corbard, 31, who has a Korean wife of five years, said that different manners of speech can be an issue.

“For example, people in Europe sometimes like to make cynical remarks or deliberately talk nonsense and most Korean will not get the hidden meaning because they are not used to this form of speech,” he said.

Mickael learned firsthand of other differences between Korean culture and his own with the birth of his first child.

“Some argument came up regarding the way to raise our daughter. Koreans are used to sleeping in the same bed as their children, while French people put them in a separate room altogether right after birth,” he said.

“Of course, Korea won this time. Again. Nothing beats an ajumma!”

For Mickael, making an effort to understand your partner’s background is crucial to making a relationship across cultures work.

“My best advice would be to have at least some basic interest in your partner’s culture and if possible learn the language. If you do not make any effort, he or she will feel you are looking down on his or her country and everyone knows how patriotic Korean people can be,” he said.

But neither, he stressed, should cultural differences be overemphasized.

“Do not put all your arguments and misunderstandings on the account of the cultural gap. It is sometimes a convenient way to avoid the real issue, which is not always culture-related.”

Su-yeon agreed that culture isn’t everything.

“Realize he or she is the same, human like you, and try to understand why she or he thinks and acts that way. Culture is very important in a way, but it can be nothing if you realize how you can be free from any culture,” she said.