According to the cable dated March 24, 2008, which was released on Sunday by the Norwegian daily Aftenposten, “Hong Kong Electronics,” an Iranian-based enterprise, wired a total of $2.5 million to Bank Mellat’s Seoul branch from its account in a Iranian bank, called Parsian. 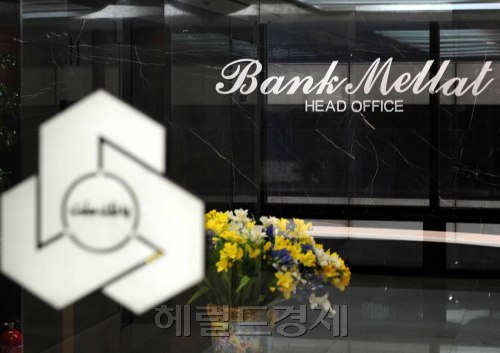 Hong Kong Electronics is known to be a fictitious firm of Tanchon Commercial Bank, which is in charge of financial support for the communist state’s overseas arms exports. As a result, observers here believe the $2.5 million payment to have been made after the North sold weapons to the Middle East state.

The money was wired in euros in three occasions in November 2007, and $1.5 million of it was remitted to bank accounts in China and Russia, according to the cable.

Tanchon Commercial Bank is also known to have engaged in financial transactions to do with North Korea’s selling of ballistic missiles to Iran. Along with the bank, Hong Kong Electronics is on a list of firms sanctioned by the U.N. Security Council, Washington and Seoul.

Regarding Iran’s transactions through Bank Mellat’s Seoul branch, the U.S. State Department demanded in August 2007 that the Seoul government conduct a financial investigation into the branch’s transactions associate, according to the cable.

The Seoul government launched inquiries into the branch as well as Iran’s Bank Sepah and sent a 46-page report on the result of the inquiries to the U.S. government. Washington, however, did not find any suspicious dealings regarding nuclear programs and other weapons in the report, the cable said.

In December of the same year, Seoul notified to the U.S. that it was continuing its investigation into the branch of the Iranian bank, which caused other South Korean banks to cut down on their transactions with Bank Mellat, the cable said.

The cable also showed that in 2008 the State Department, which called the Seoul branch “a key node” for facilitating the spread of nuclear programs and other weapons, showed gratitude to the Seoul government for cooperation.