Protect your teeth from gum disease

By 이지윤
Published : Jan 13, 2011 - 17:25       Updated : Jan 13, 2011 - 17:25
Periodontal disease, or gum disease, is chronic inflammatory disease which leads to the destruction of the supporting bone around natural teeth. According to Korea National Health and Nutrition Examination Survey, about 75 percent of Korean adults aged between 35 and 44 have suffered from chronic periodontal disease. This figure is higher than that in the United States. Even though there are ethnic and demographic differences in prevalence, 10-15 percent of the patients were found to lose their teeth. 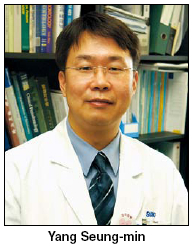 Periodontal disease is usually a result of oral bacteria. In our mouth, there are a lot of oral bacteria that live together on sticky pellicle, which is called plaque. If plaque remains on teeth for a long time without being removed, it may produce several toxins that cause inflammation and destruction of teeth supporting tissues.

Fortunately, plaque can be easily removed by daily tooth brushing. But if this plaque is left, along with calcium ion in saliva, it would turn into tartar. Contrary to our common belief, tartar itself may not be harmful to oral health. However, tartar, which cannot be removed by tooth brushing, offers a nest for the accumulation of plaque and grows along the surface of teeth to make plaque break the surrounding bone structure. Along with plaque and tartar, general health conditions such as diabetes, stress and smoking can also affect periodontal tissues.

Our body rings alarm bells when your health is at risk. In case of periodontal disease, key signs include color change, bleeding, recession of gums, continuous oral malodor, hypersensitivity, pain or discomfort while chewing, progressive spacing between teeth or gradual tooth migration and mobile teeth.

These symptoms continue to occur frequently in the early stage of gum disease then develop gradually into a severe state. Therefore, before the progression of the symptoms, you need to remove risk factors.

Evidence proves the connectivity between periodontitis and other systemic diseases or conditions. 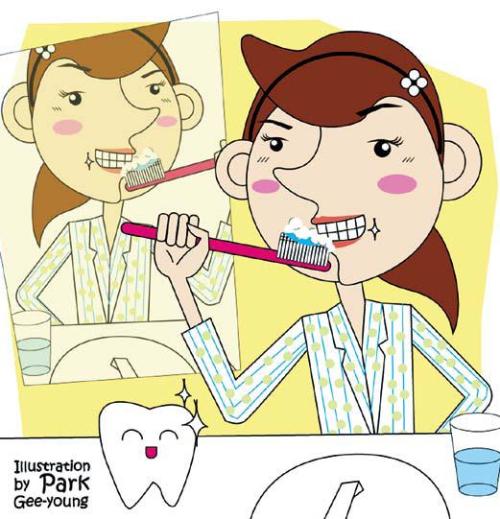 Poor oral health can have a profound effect on general health and quality of life. The experience of pain, endurance of dental abscesses, problems with eating, chewing, and missing or damaged teeth, have a major impact on people’s daily lives and wellbeing. Why don’t you keep your teeth clean?

The writer is associate professor of dentistry at Samsung Medical Center. ― Ed.