The 10-page letter by John Holdren, director of the White House Office of Science and Technology Policy, stating U.S responsibility as the country most capable of detecting space rocks that threaten Earth, according to MSNBC.

“The Oct. 15 letter obtained by SPACE.com is addressed to the leaders of the House Committee on Science and Technology,” Holdren was quoted as saying. 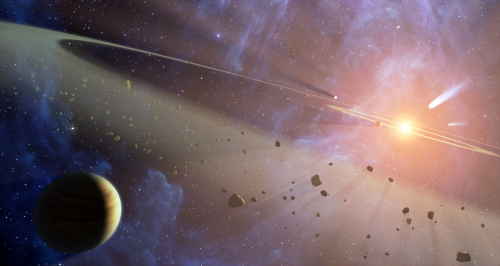 Recently, NASA has begun nearing its congressionally directed goal of finding at least 90 percent of all NEOs with a diameter of 1 kilometer or greater. Search teams had discovered about 903 of an estimated 1,050 NEOs of that size as of October, and the space agency plans to reach its 90 percent detection goal by the end of this year.

NASA estimates that the 6,416 known NEOs represent just 5 percent of the expected count, suggesting that there are more potential threats to Earth.

President Barack Obama has mapped out a new National Space Policy targeting a human mission to an asteroid by 2025.