Park’s mother found his body on Wednesday at 5:30 a.m. at his residence in Nonhyeon-dong, Seoul. The police reported that Park died with an electrical cord tied around his neck. No suicide note was found.

The police viewed Park’s death as a suicide based on the depositions of the deceased’s family.

“While my son massaged the legs and back of his father, who suffered from the late stages of stomach cancer, he said ‘I am sorry. I am sorry,’ to his family before going into his room past midnight,” Park’s mother was quoted as saying in a deposition. 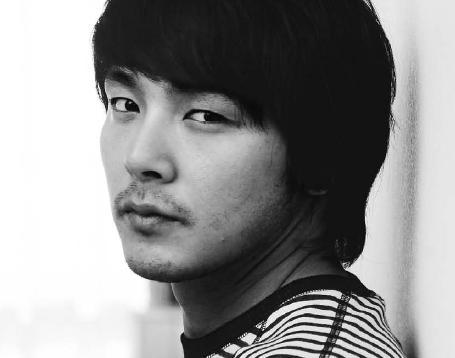 News reports said that Park, who had devoted himself to nursing his ailing father, had been taking sleeping pills because he had been experiencing trouble sleeping.

In the public eye, the singer-and-actor’s future appeared bright.

He had just nabbed a lead role opposite “Coffee Prince” actress Yoon Eun-hye in a dramatic remake of the Hong Kong film “Comrades: Almost a Love Story” (1996) and had started a Japan concert tour before he died.

“I like it now, but I don’t want to be remembered or seen, after the Hallyu trend has died out, as Hallyu star Park Yong-ha,” he told The Korea Herald in 2008.

“I want to be someone who can cover a lot of territory. Just my name. Is that too hard?”

Park, who made his debut in 1997, was propelled to Hallyu stardom following his stint in the highly successful KBS drama “Winter Sonata” (2002).

On the wings of his Korean Wave success, Park forged a career for himself in Japan, where over the course of five years he churned out 10 hit albums and singles and won four consecutive Japan Gold Disc Awards -- a first for a Korean pop artist.

In 2008, Park revealed that the years spent in Japan, particularly when he appeared on talk shows, were some of the most painful during his career as a Hallyu star.

“Yes, you could say that this is a painful memory for me,” Park said. “In a situation where I didn’t know the culture and the language well -- while they do translate -- when a talk show gets underway, it’s hard for everything to be fully translated.”

Park pinpointed moments when people on the show would laugh after he said something: “They would laugh together, among themselves. I really hated that moment, that moment of laughter. I had no idea what they were saying, but since they were laughing I had to join in.”

Park related how when he started to laugh, it left a sour taste in his mouth and made him sweat and think: “What did they just say?”

“While I worked in Japan, these sorts of things, kind of, made me sad,” he said.

After cementing his career as a singer in Japan, Park returned to Korean television in 2008 in the hit SBS drama “On Air.” Following his successful comeback, Park went on to star in the male-driven flick “The Scam” (2009) and the testosterone-heavy KBS drama “The Slingshot” (2009).

“It feels good to be a Hallyu star,” he said in 2008. “If you look down the line, there will be this time when Hallyu stars were big, and it’s good that I got to be a part of that time.”

His passing serves as a reminder of the recent string of celebrity suicides, from the deaths of actresses Lee Eun-ju in 2005 and Jeong Da-bin in 2007 to that of actor Ahn Jae-hwan in 2008 and “Boys Over Flowers” actress Jang Ja-yeon in 2009.