By
Published : May 26, 2010 - 15:52       Updated : May 26, 2010 - 15:52
You know that the World Cup must be around the corner when a number of soccer-related movies hit the theaters. No less than four are in the pipeline in South Korea, for fans who find three games a day broadcast from South Africa not quite enough to satisfy their soccer cravings.

The two most high-profile of the quartet are already out and these are “Dreams Come True” and “The Second Coming: The Moken Tribe’s World Cup.” 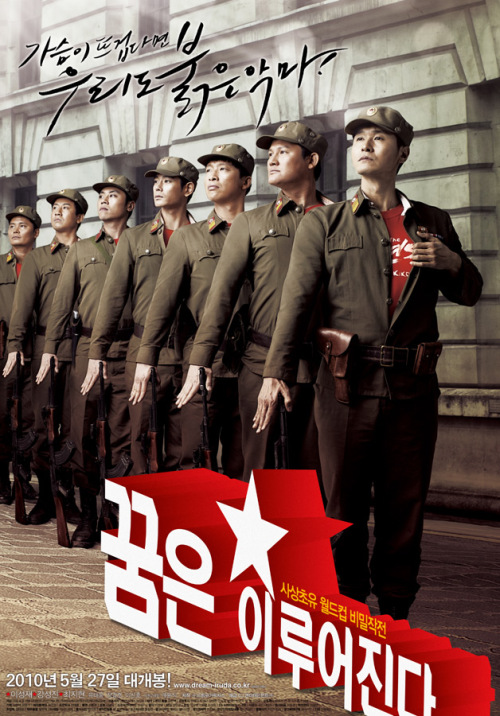 “Dreams Come True” is a movie in which 2000 hit “Joint Security Area” meets the 2002 World Cup. It follows how soldiers from both sides of the DMZ attempt to get together and watch South Korea’s famous run to the semifinals eight years ago.

“There are many great movies about football,” said director Kye Yoon-shik when I asked him why he made the film. “‘Dreams come True’ is a movie that deals with the Inter-Korean relations through the prism of football and that makes us question what the problem between South and North Korea truly is.”

With North and South Korea both heading to the World Cup for the first time ever, there couldn’t be a better time to release the film -- and at least that was how it looked until recently.

“It is not good timing to be releasing the movie due to the current tensions between the North and the South right now,” admitted Kye and added, “but in 2009 when I started making this movie, we were planning to release it before the 2010. I had no choice but to follow the schedule for the movie distribution.”

The film’s message is not hard to guess and it is a positive one.

“Football can’t solve all diplomatic problems, but I believe that football, which is world’s most loved sport, could certainly bring people together and contribute to establishing peace in the world. Korea is the last remaining vestige of the Cold War and we’re a divided nation. Also I think this touching story about football told with a comic twist makes the movie appealing to viewers from all over the world.

South Korea is in the running to host the 2022 World Cup and there is talk of allowing Pyongyang to host a couple of games if the bid is successful and it is something that the director agrees with. “Football is the most popular sport in Korea and it has given this nation true confidence and peace. I sincerely hope that we will be the host of the 2022 World Cup.” 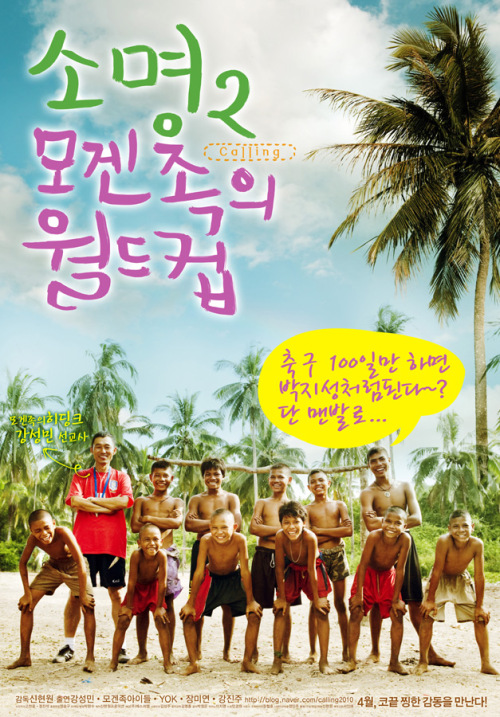 “The Moken Tribe’s World Cup” is a rather different affair. Just on the Thailand-Myanmar border resides the Moken tribe. Used to playing with footballs made from bound papaya leaves, this documentary tells the story of how Korean Kang Sung-min, a very talented soccer player, trains and teaches the local boys how to play the beautiful game.

It is an inspiring tale of how this motley group of boys who have never seen a real football before are molded into a tight-knit team, based, partly at least, on the training routines introduced by Guus Hiddink in 2002.

The film doesn’t end there, the cameras travel with the team as they are allowed to enter a regional under-14 tournament for the first time. There, the boys, who play bare-footed, take on teams physically bigger, stronger and better-equipped but not necessarily better.

“There are 3,500 youth players and 100 coaches from all over southeast Asia who learned from Kang. I believe that Korea must take the leadership role to contribute to world football as Asia’s football powerhouse with eight appearances at the World Cup.”