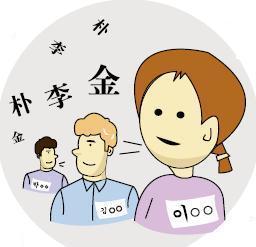 From January 2009 until last month, 91 foreigners were permitted to change their surname to a Korean one in North Chungcheong Province, according to the Cheongju District Court yesterday.

Of them, 81 were women, most of whom were immigrant wives, said court officials.

Eighteen of them chose Kim, the most prevalent Korean surname.

Other popular names such as Lee, Park and Choi followed.

“An increasing number of foreigners are settling in Korea, many of them creating multicultural families,” said a court official.

“The creation of new surnames, which used to be rare in the past, has now become a subsequent social result of such globalization.”

The number of foreigners applying to register their new Korean surname rose from 63 in 2008 to 156 last year.