By
Published : Apr 16, 2010 - 18:56       Updated : Apr 16, 2010 - 18:56
Back in 1986, Ko Un revealed what he wanted to achieve with “Maninbo” (Ten Thousand Lives) in the preface for the first volume: “My encounter with others is far from personal. It’s essentially public, and this public nature makes it necessary to prevent my encounters in life from fading into forgetfulness. Even a casual encounter contains a historical inevitability.” 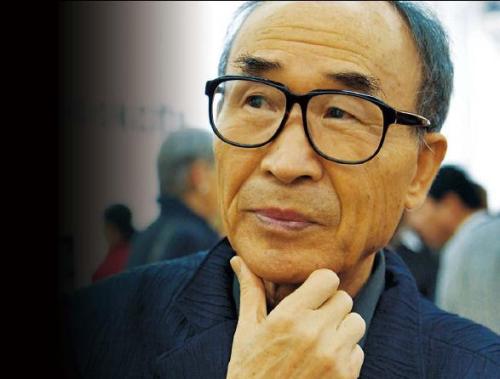 The renowned poet did not give up on his conviction about the “Maninbo” project, and finally completed the landmark series last week, setting a milestone that illustrates his lifelong poetic endeavor as well as the turbulent history of Korea itself.

Ko, 77, published the final installment of four more volumes for the 30-volume series, which contains a whopping 4,001 poems -- a truly ambitious attempt to rewrite modern Korean history through his poetic language.

It took 25 years to finish the project in terms of publication records, but it goes back further in time because Ko came up with the idea about “Maninbo” in 1980 when he was imprisoned after fighting against the military dictatorship.

The series is essentially a poetic Who’s Who for Ko, with short poems evoking one by one all the people he has met in his life. “Maninbo” describes about 5,600 Koreans, ranging from historically famous figures to ordinary townspeople. Although the number of people in the collection is not exactly 10,000, the massive scale is indicative of Ko’s unwavering efforts to retain the memories about people he met.

“Now that I have finished ‘Maninbo,’ I feel like I’m just sobering up from a 25-year-long intoxication,” Ko said. “But there is no end to the essence of ‘Maninbo’ and perhaps somebody might see my soul working on the 31st volume.”

In the introduction for the English edition of “Maninbo,” Robert Hass, a renowned poet, describes the project as a “book of wonders in its mix of the lives of ordinary people, people from stories and legends, and historical figures."

“They all take their place inside this extraordinarily rich reach of a single consciousness.”

Born in Gunsan, North Jeolla Province, in 1933, he is regarded as one of the most prolific living Korean writers. He has published well over a hundred volumes of poetry, fiction, essays, translations and drama.

Ko’s poetry ranges from the short lyric to the vast epic of the seven-volume “Paektu-san,” and his fiction includes the Buddhist-inspired novel “Hwaomkyong” (The Avatamsaka Sutra).

The Buddhist-monk-turned-poet has begun to gain an international reputation in recent years, invited to talk and give readings in the United States, Australia, France, Holland and Germany. Translations of his work characterized by vivid and colloquial poetic language have been published in several languages.

Brother Anthony, professor emeritus at Sogang University, has been helping international readers appreciate Ko’s literary talent by translating the poet’s work into English, including “The Sound of My Waves,” “Beyond Self” and “Songs for Tomorrow.” He also published the poet’s famous novel based on a Buddhist legend, “Little Pilgrim” and “Maninbo.”

“Ko Un is not only an eyewitness, but also an actor in the history of his time. His poetry incarnates it, an expression of both the suffering and the hope characterizing the indomitable resilience of modern Korea, and the human spirit,” Brother Anthony said in the preface for the English edition of “Songs for Tomorrow.”