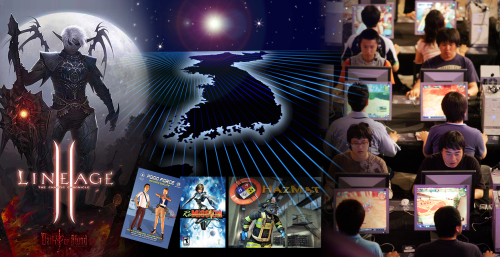 A pair of policies were announced yesterday that will attempt to block underaged access to online computer games after midnight in light of the rising problem of video game addiction among youth.

In what’s being touted as the "nighttime shutdown," the Ministry of Culture, Sports and Tourism hopes the new measures they have implemented will help eradicate video game addiction among teenagers.

According to the ministry, underaged users will be forced out of gaming sessions when online access automatically shuts down as soon as the clock strikes midnight.

The policy also includes a "slowdown" system in which internet connection speeds will be stifled dramatically if underaged users are logged on for a lengthy period of time.

These policies will be applicable to popular online games like "Barameui Nara" "Maple Story," and "Mabinogi," in the second half of this year -- games which require users to spend long hours invested in a virtual world.

While the policy is the first of its kind drummed up to combat online game addiction  critics feel underaged gamers will simply find ways to get around to the enforcement.

The Ministry of Culture, Sports and Tourism intends to establish a countermeasure for youths using their parents' resident registration number to set-up online accounts sometime in the first half of this year.

Some online game developers feel the wrong types of games are being targeted.

Games which fall under the MMORPG (massively multiple online role-playing game) are the ones which require gamers to heavily invest both money and time.

However, popular titles of the genre such as "Lineage," are not being included under the new policy.

Calls for drastic measures have been made since a slew of headline-making incidents riveted the nation.

Cases which ranged from gamers dying after having spent days and even weeks at PC rooms without a break and the death of a newborn through starvation from a couple’s neglect and addiction to online gaming rocked the nation.